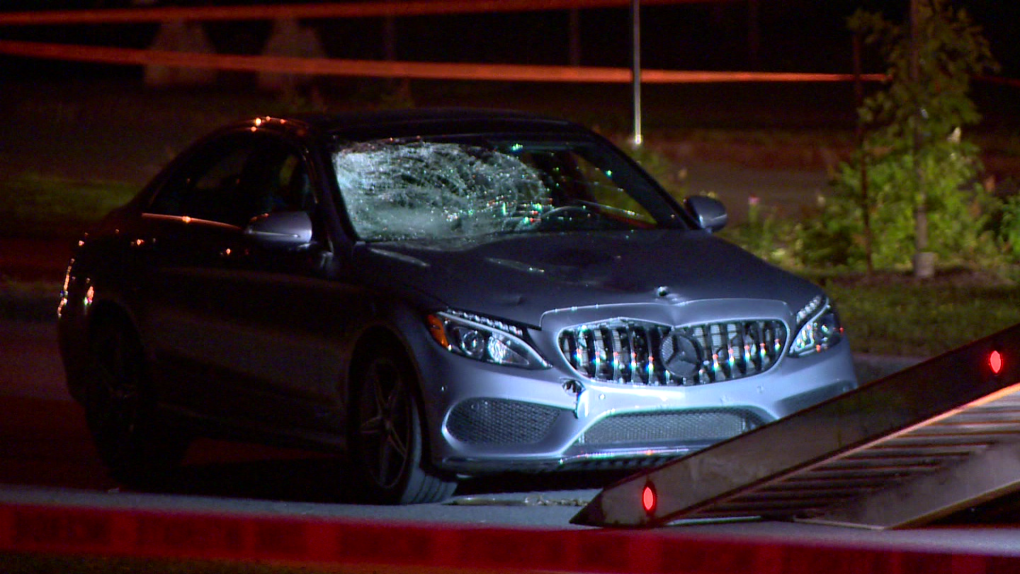 A 52 year-old cyclist was fatally struck by a car Thursday around 7:05 p.m. in Longueui / Cosmo Santamaria, CTV Montreal

MONTREAL -- A 52 year-old cyclist was fatally struck by a car tonight around 7:05 p.m. in Longueuil.

The cyclist was crossing while riding his bicycle in a crosswalk when he was struck by a vehicle, Longueuil police said. He was at the intersection of Jacques Cartier Blvd. West and Ste-Helene St.

A first car had stopped while the cyclist was crossing and another vehicle came along and struck him.The 50-year-old driver of the vehicle was treated for shock.

Police said cyclists are supposed to disembark and walk their bicycles across on a crosswalk rather than riding them.