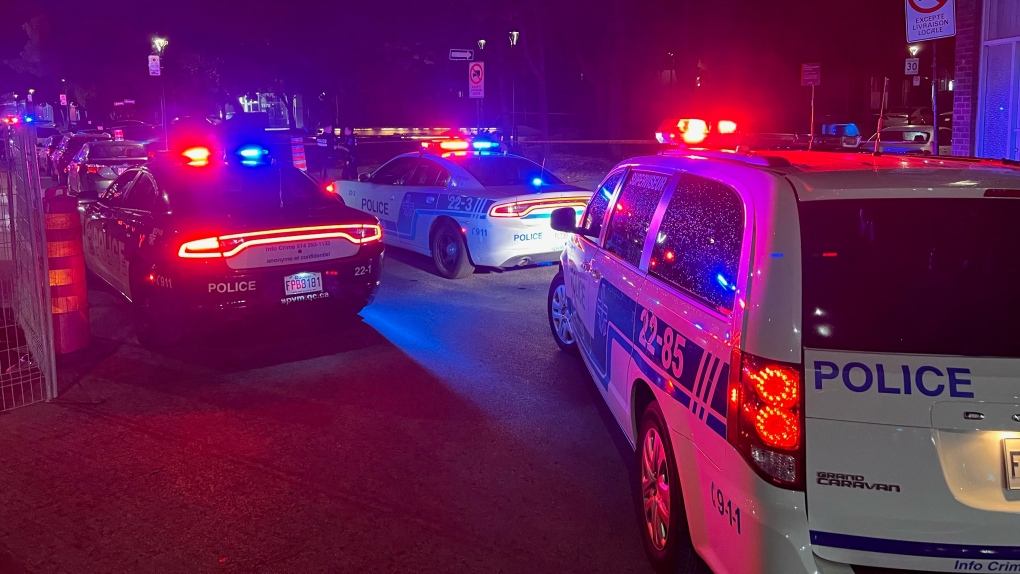 Montreal police are investigating after a 25-year-old man was hospitalized with stab wounds to the upper body after an altercation in downtown Montreal on Thursday, Oct. 6, 2022 (Cosmo Santamaria, CTV News)

A 25-year-old was sent to hospital with stab wounds following an altercation with a group Thursday evening in downtown Montreal.

Police got the call at around 7 p.m. about an altercation involving a small group at Ste Catherine and Beaudry streets.

When police arrived, the victim was nowhere to be found. Police searched and eventually found him about two kilometres east at Frontenac and Rouen streets.

His injuries are limited to his upper body, and are not life-threatening.

Details around the incident remain unclear, but police say the man was walking on Ste Catherine St. when they crossed paths with another group of three.

The group of three suspects was comprised of two men and one woman.

Police set up a barricade around the area as investigators meet with witnesses and surveyed the scene. The K-9 unit was also called to the scene.

Emails released through a public inquiry suggest federal Liberal political aides were scrambling earlier this year to figure out the extent to which members of the Canadian Armed Forces were supporting "Freedom Convoy" protests that had gridlocked downtown Ottawa.

The former CEO of the failed cryptocurrency exchange FTX said Wednesday that he did not 'knowingly' misuse customers' funds, and said he believes his millions of angry customers will eventually be made whole.