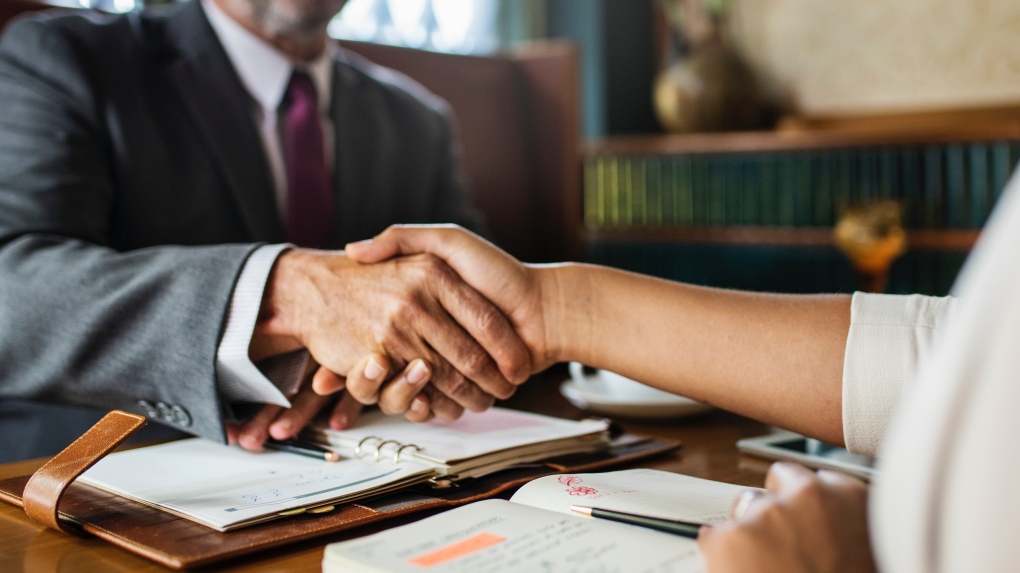 There are no legal aid lawyers at work in Montreal, Laval, the Laurentians, Lanaudière, Bas-Saint-Laurent and Gaspésie Tuesday morning.

The lawyers, who are part of unions affiliated with the Confédération des syndicats nationaux (CSN), are on a half-day strike.

The unions represent about half of the 400 legal aid lawyers across the province.

They have set up picket lines in front of legal aid offices in their regions and, by lunchtime, are expected to converge on local courthouses to demonstrate.

The lawyers have been without a working contract since Dec. 31, 2019, and are protesting against the Treasury Board's refusal to maintain pay parity with Crown attorneys.

The previous collective agreement had agreed to this equality, so the lawyers say they don't understand this about-face by their employer.

An independent committee recommends salary conditions for Crown prosecutors, who obtained an increase of 10 per cent over four years.

President of the Montreal and Laval legal aid lawyers' union, Justine Lambert-Boulianne, points out her members take on many cases the government considers high priority, such as youth rights, conjugal claims and sexual violence.

Lambert-Boulianne believes that the time has come for Justice Minister Simon Jolin-Barrette to intervene as Treasury Board President Sonia LeBel has yet to be moved.

She argues legal aid lawyers plead "the same cases before the same courts and the same judges as Crown prosecutors."

The union argues LeBel and Jolin-Barrette, both lawyers, have already spoken out in favour of salary parity between legal aid lawyers and Crown attorneys in the past.

Since they are not subject to the Essential Services Act, cases that were scheduled to proceed Tuesday morning were suspended and postponed, for the most part, to the afternoon.

'We are patriots': Ukrainians cling to life at front line against Russia

While towns and villages around the capital of Kyiv have begun to rebuild after the Russians withdrew months ago and world powers discuss long-term recovery, others in eastern Ukraine still cannot sleep soundly.

U.K.'s Boris Johnson defiant even as dozens of officials quit

British Prime Minister Boris Johnson has rejected clamors for his resignation from his Cabinet and across the Conservative Party, digging in his heels Thursday even as dozens of officials quit and previously loyal allies urged him to go after yet another scandal engulfed his leadership.