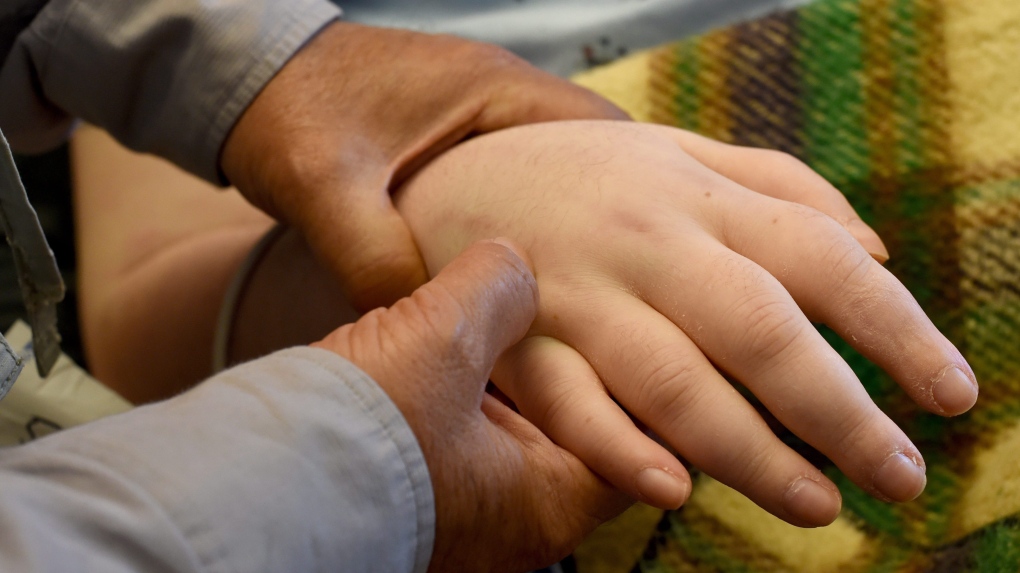 A woman who suffered from an eating disorder lies in a hospital bed. (Susan Tripp Pollard/Bay Area News Group via AP)

This is according to a study published in the JAMA Psychiatry journal by a team led by Dr. Nathalie Auger, a physician and researcher at the Centre hospitalier de l'Université de Montréal (CHUM). The research looks specifically at bulimia and its links to long-term heart diseases.

"We were a bit surprised at the strength of the association of the very strong risk of cardiovascular disease, especially in the first five years or so," Auger told CTV News.

According to Statistics Canada, about one to three per cent of young women will suffer from bulimia at some point in their life -- at trememdous detriment to their cardiovascular health.

Auger and her team anonymously followed 416,709 women hospitalized in Quebec over a period of 12 years -- from 2006 to 2018 -- to analyze the risks of cardiovascular disease and potential death.

Of that group, 818 were admitted to hospital for bulimia, while 415,891 were for incidents related to their pregnancies. The latter was considered the healthy control group -- a representation of the general population.

"When a woman goes to the hospital, she's admitted, her information is recorded, so is all the diagnoses, all the procedues, the outcome that occured," Auger explained.

"The information was anonymous, so we had no names, but we did have the future [hospital] admissions of that same anonymous woman."

From there, the team was able to analyze any outcomes during those subsequent hospitalizations.

The high risks of cardiovascular diseases, such as ischemic heart disease and atherosclerosis, last up to seven years after an individual's last hospitalization, the study found.

Women who have been hospitalized for bulimia are also 22 times more likely to suffer from a heart attack, up to two years after they are discharged.

The reasons why remain a mystery, Auger admits.

"We don't know if she had elevated cholesterol because of her diet, or if she smoked to keep her weight down, or if it was something with her genes," she told CTV News.

"That information was absent to us, but we can hypothesize."

The study concludes that these patients need to receive close monitoring and screenings in order to prevent these risks.

"Those are all opportunities to remind them of the importance of being healthy."

In Quebec, anorexia, bulimia and other eating disorders affect more than 100,000 girls and women -- comprising of about 90 per cent of total cases. The disorders occur most often during adolescence or in early adulthood.