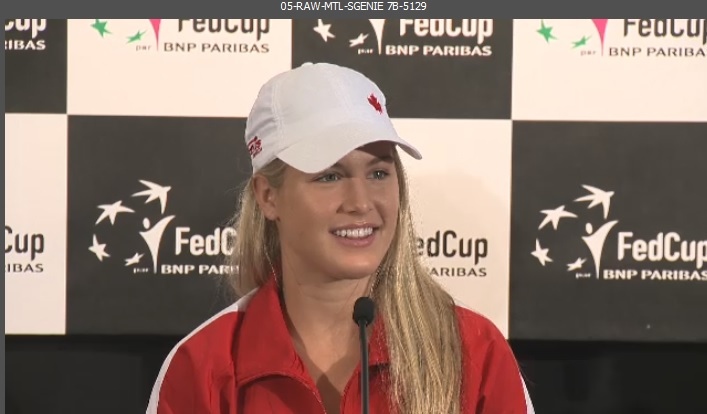 Eugenie Bouchard says she doesn't see a problem with being asked about her dream date.

PARIS -- Canadian tennis star Eugenie Bouchard says she has overcome an eating disorder brought on by "a lot of pressure" and the added expectation that followed her breakthrough year in 2014.

Speaking after a first-round victory Tuesday at the French Open, Bouchard said she felt as though food "would come right back up" and struggled with weight loss in 2015, when her ranking slipped.

She says "before matches I was very nervous and definitely had trouble eating. And not just before matches, (it) happened to me at other meals as well."

The 22-year-old Canadian finished 2014 with a career-high year-end ranking of seventh, after her Wimbledon final loss to Petra Kvitova and semifinal appearances at the French Open and Australian Open.

Fellow Canadian Vasek Pospisil of Vancouver was eliminated after a 6-3, 6-2, 6-1 loss Tomas Berdych of the Czech Republic.

With files from The Associated Press