What do a pope, a queen and a solarium have in common? They've all been in this $29.9 million mansion 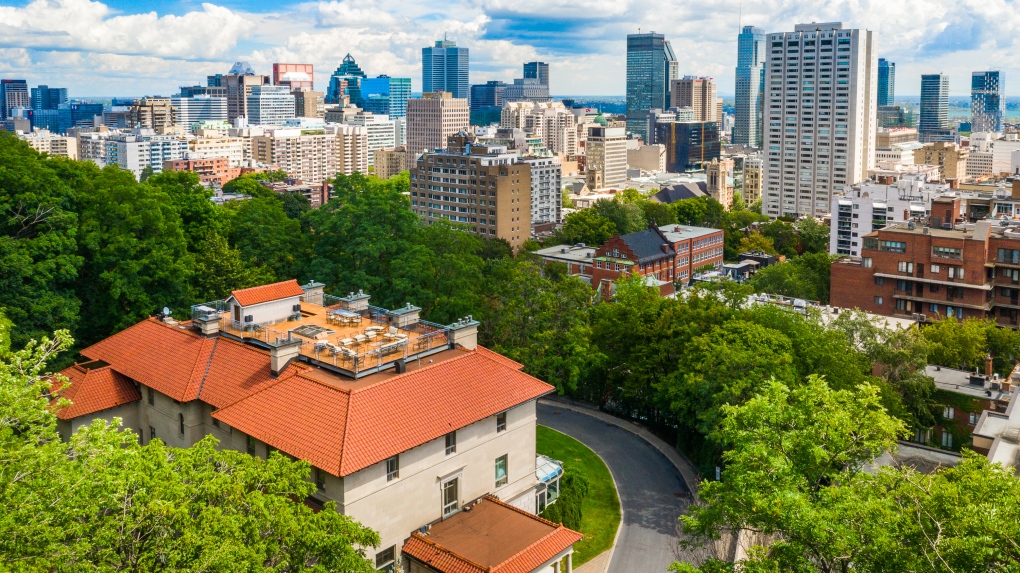 It is a massive mansion on two acres of land, but you'll miss it at street level tucked away at the end of a private driveway and two acres of lush greenery. SOURCE: The Kaufman Group

MONTREAL -- It's the perfect home for those wanting to squirrel away in two acres of lush greenery, one of 67 rooms, a rooftop terrasse overlooking Montreal, or a bed slept in by Queen Elizabeth II.

Designed by renowned architect Charles Platt, the 1920s era Italian Renaissance-style mansion at 1475 des Pins Ave. West is up for sale and is the latest luxury house to hit the market in recent weeks.

"As you enter the house, you're immediately confronted with the fact that this place is unlike any other in Montreal," said real estate agent Liza Kaufman fresh off selling a $20 million mansion in downtown Montreal earlier in August that drew international media attention.

Kaufman and her daughters Alfee Kaufman and Lindsay Hart are hoping to make the Pins Ave. mansion the highest priced real estate sale in the province.

Platt designed homes for the Rockefeller, Astor, Vanderbilt and Eaton families in the '20s, and Kaufman said the owners bought the des Pins mansion in a state of disrepair 20 years ago. They spent around $20 million in restoration costs to bring it to its current pristine condition.

The bedroom where Queen Elizabeth II slept with her husband Phillip following the Second World War has been restored to its original condition for those looking to take a nap or just wanting to be near a piece of history.

The original wrought iron and gold leaf entry gate from the '20s leading to the 50-foot long reception hall and hall of pillars has been restored, and the mansion includes a bench (commissioned in 1424 by the founders of Sienna) a pope is rumoured to have sat on, fireplaces from three 1400s-era Italian palazzos and artifacts and artwork throughout the building that would make any museum curator gush.

"Someone who buys this (over 32,000 square-foot) home is really buying a piece of history," said Kaufman. "It's got almost two acres of land in the middle of prime, prime Golden Square Mile. The scope of the property is enormous." 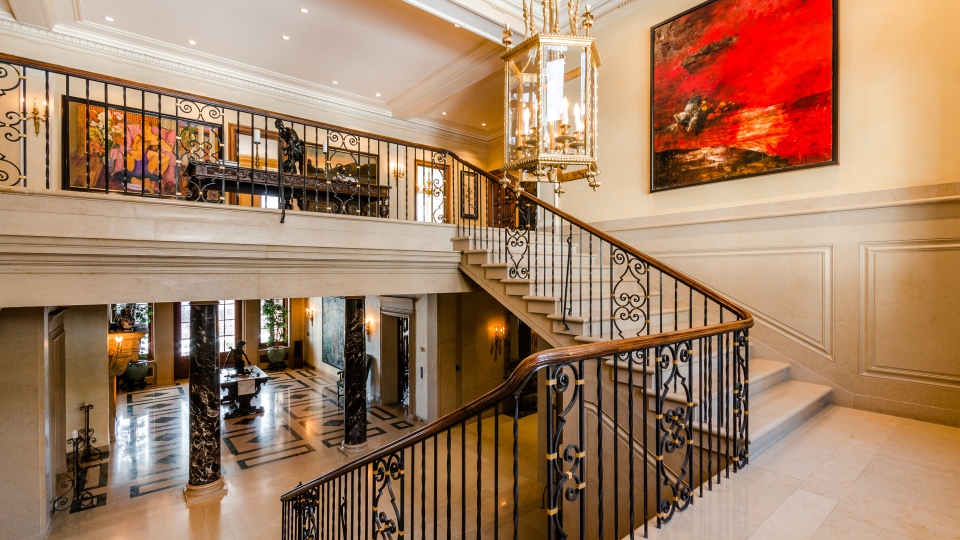 Kaufman said the owners' children have moved out, and the 67-room mansion is simply too much space for two people.

"They wanted to simplify their lives," Kaufman said with a slight laugh.

The home was originally owned by industrial entrepreneur and philanthropist J.W. McConnell, and is a cacophony of marble, wood and ceramic. The house was originally commissioned by Jeffrey Hale burland in 1913, but construction stopped when he died in 1914. McConnell purchased the property and it was finished in 1924. 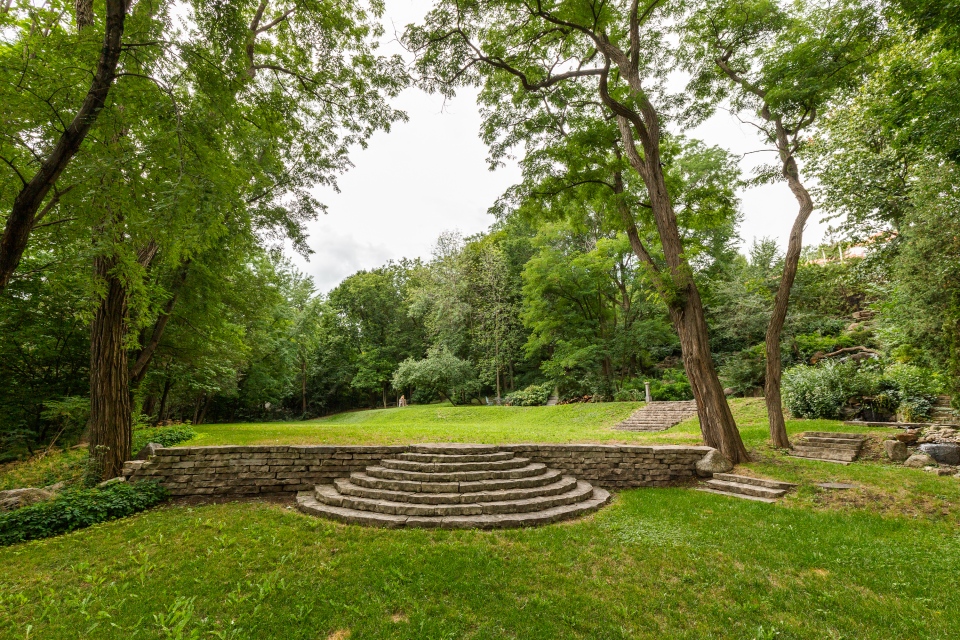 The house was listed in 2019 for $40 million, but the asking price was reduced this year.

Despite its size and impressive pillared architecture, the mansion is hard to spot from street level.

"If you drive past it on Pins, you won't even notice the driveway," said Kaufman. 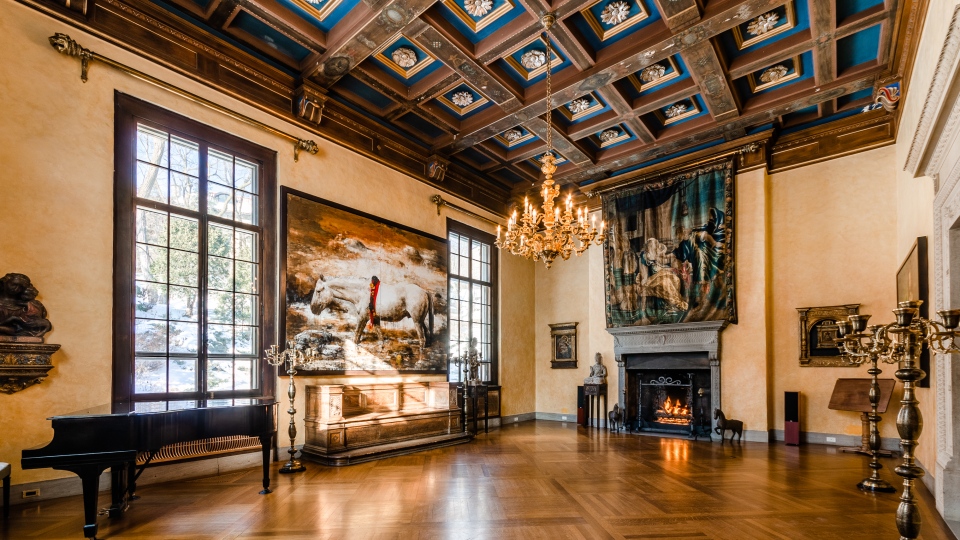 Kaufman said an offer is on the table, and though she couldn't discuss details of potential buyers, Kaufman said interest is buzzing from local and international buyers.

Kaufman founded Sotheby's Quebec feeling that the province was ready to attract the uber-wealthy looking for unique high-end residences.

The residence on Pins Ave., she said, is brimming with the kind of history generally found in the castles of Europe.

"I can't think of anything in Quebec for sure with the history that this house has to offer," said Kaufman. 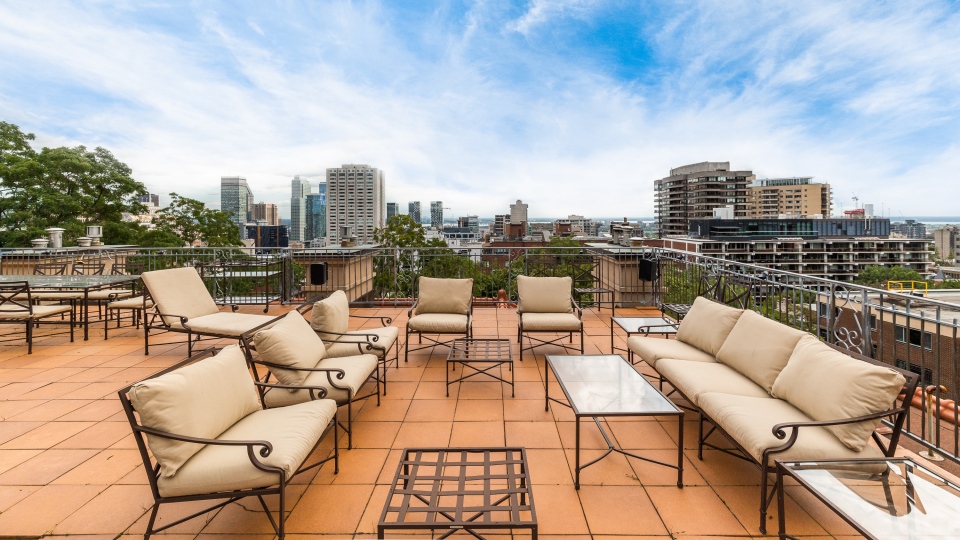 Kaufman said her client-base tends to have homes around the world. Typically, they will spend a week or two in each location, get on their private jets and skirt to the next location.

"People are now realizing that a) they can afford it, and b) they want to invest in a place that if they have to stay put for months at a time, they can be happy," said Kaufman. "I think that's why we're getting so much response to this. I think COVID has really crystallized things for people of means."

She feels the bidding war on the recently purchased $20 million Montreal mansion points to a trend for people of vast means.

The previous record for a home sale in Quebec was $15 million.

"It has put us on the map internationally as a destination for sound investment in the upper echelons," said Kaufman, who has fielded calls from Singapore, Dubai and elsewhere.

Kaufman sold the Chinese government its consulate building in Montreal, and once that happened, investment from Asia increased, she said.

"It attracted a significant number of Asian buyers," said Kaufman.

"There are all these secret gems in Montreal that people don't know about," said Kaufman.