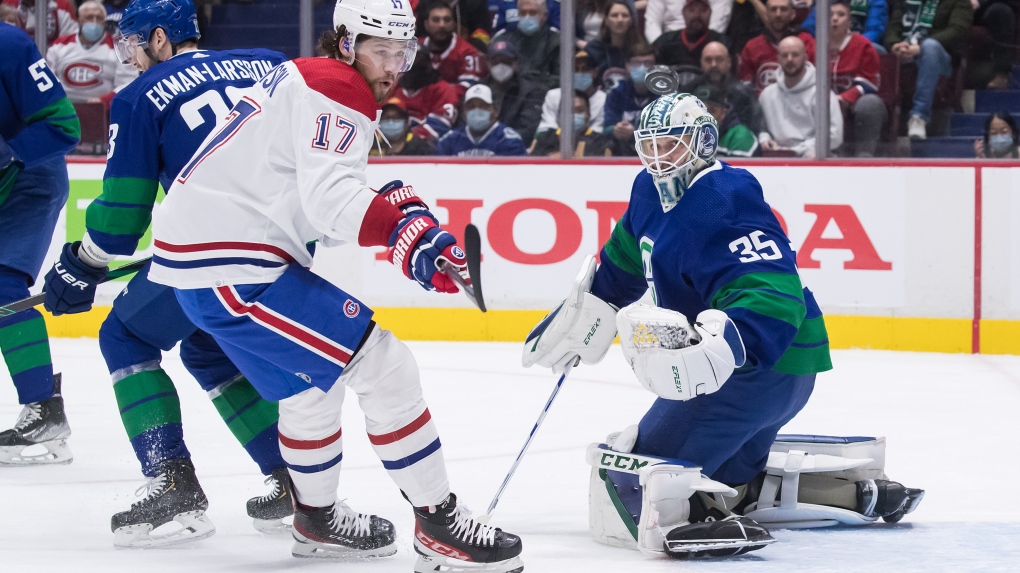 Playors on the Montreal Canadiens haven't made it easy on general manager Kent Hughes in recent weeks.

A few on Montreal's roster have had a good run since Martin St. Louis took over the bench, and it would be easy for Hughes to change his tune as the trade deadline approaches.

Defenceman Ben Chiarot has two goals and five assists in 10 games and is being used for nearly 24 minutes per game. Forward Artturi Lehkonen has six goals in his last five games.

Both are the players most often mentioned in trade rumours. The trade deadline is March 21.

"With the way we're playing, we're staying positive," said forward Josh Anderson on Friday. "We're playing good hockey and I think we're making it difficult for management to decide whether to trade or not."

Overall, the Habs are 7-5-0 under St. Louis, but have won seven of their last nine games. Those wins could change management's perception of the group it has under its belt.

The Habs play the Seattle Kraken Saturday night as the team returns from its western road trip.

-- This report by The Canadian Press was first published in French on March 11, 2022.

Group of Seven leaders considered a possible cap on the price of Russian gas exports on Monday as a way to put the squeeze on the funding for Vladimir Putin's war with Ukraine.

Russian long-range bombers fired a missile that struck a crowded shopping mall in Ukraine's central city of Kremenchuk on Monday, raising fears of what President Volodymyr Zelenskyy called an 'unimaginable' number of victims in 'one of the most disastrous terrorist attacks in European history.'

A highly contagious and deadly virus that affects rabbits and hares has been detected in Ontario for the first time.