The day after the publication of a lengthy inquiry report of nearly 200 pages on the tragedy that occurred in the long-term care homes (CHSLDs) at the beginning of the pandemic, Quebec Premier François Legault said, "we need more accountability from the top down."

It was the premier's response at a news conference Tuesday in Laval, where he was asked about his government's share of responsibility after the release of coroner Géhane Kamel's report.

"Accountability," explained Legault, "it starts with the premier, it continues with the ministers, deputy ministers and those responsible in the networks (CEOS at the CIUSS and CISSS)."

In her inquiry report, Kamel wrote that the government will have to look back at "the hierarchy of decisions, the agility of the health system in times of crisis, the understanding and execution of responsibilities within the ministries of Health, Seniors and Caregivers as well as within the CIUSSS and CISSS."

Legault defended himself, saying that the "premier and the Minister of Health cannot start managing what is happening in all the health institutions in Quebec," before adding that "when someone is not managing well, you have to change managers."

Coroner Kamel's report claimed its first victim Tuesday when the president and CEO of CIUSSS de l'Ouest-de-l'île-de-Montréal, where the CHSLD Herron was located, Lynne McVey, announced that she will be stepping down at the end of her mandate next July.

The coroner's inquest dealt with the deaths of 53 people in seven of the CHSLDs most affected by the health crisis, including the CHSLD Herron.

At the news conference on Tuesday afternoon, in the presence of Laval Mayor Stéphane Boyer and Environment Minister Benoit Charette, Legault indicated that "it was important that the CEOs of the CIUSS and CISSS monitor what is happening and inform the government," but, he added, "this was not the case with the CHSLD Herron." 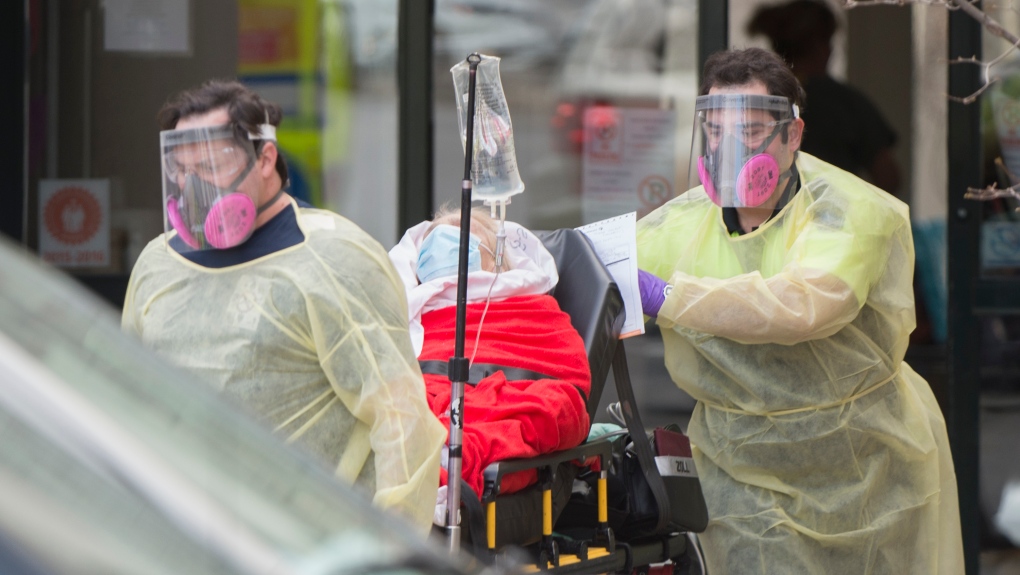 Paramedics transport a patient from Maison Herron, a long term care home in the Montreal suburb of Dorval, Que., on Saturday, April 11, 2020, as COVID-19 cases rise in Canada and around the world. THE CANADIAN PRESS/Graham Hughes

Before meeting with the mayor of Laval, the premier visited the MNA for Sainte-Rose in his riding.

Christopher Skeete, who is also the premier's parliamentary assistant for relations with English-speaking Quebecers, said he was "very comfortable with his party's position on Bill 96."

He considers the bill, which is controversial in some English-speaking circles, to be a "balanced and balanced" proposal.

"It's just a matter of having a calm discussion" because "it's a very emotional issue," he said.

Asked what he thought of the English-speaking community members who gathered in front of Dawson College in Montreal to demonstrate against Bill 96 last Saturday, the CAQ MNA replied: "I think that, as in any group, there are people who have positions that are a little bit more drastic than others. We see the same thing on the other side; there are francophones who think that Bill 96 does not go far enough, that it could go much further. I try not to rely too much on extremes." 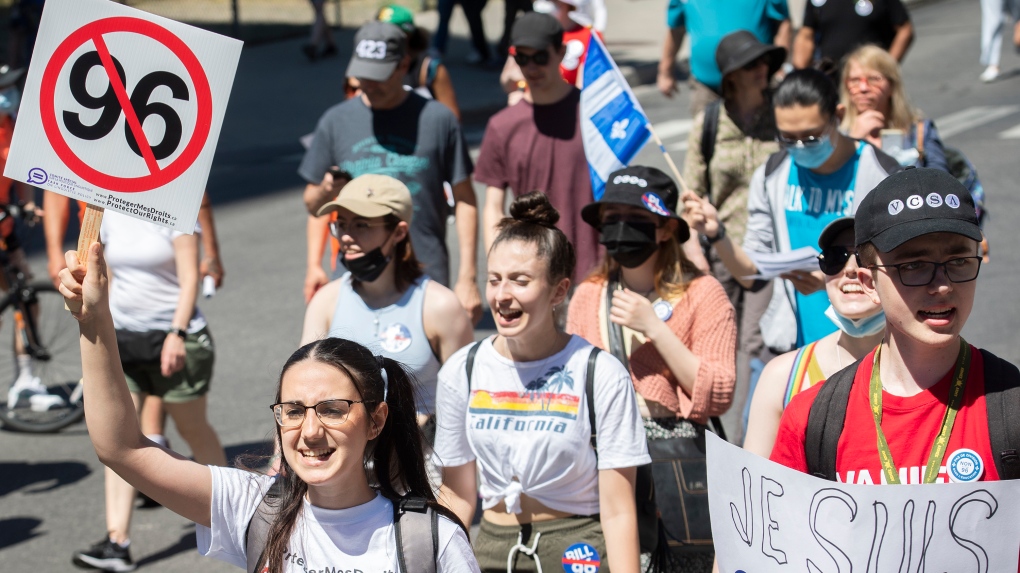 Bill 96 should be adopted by the National Assembly by the end of the parliamentary session. It aims to impose tighter restrictions on workplaces and municipalities.

The proposed legislation will limit the use of English in the courts and public services, strengthen the seizure and search powers of the Office de la langue française and introduce an enrolment cap for English-language CEGEPs. Students will be required to take more courses in French.

The proposals in Bill 96 are "reasonable," the premier repeated.