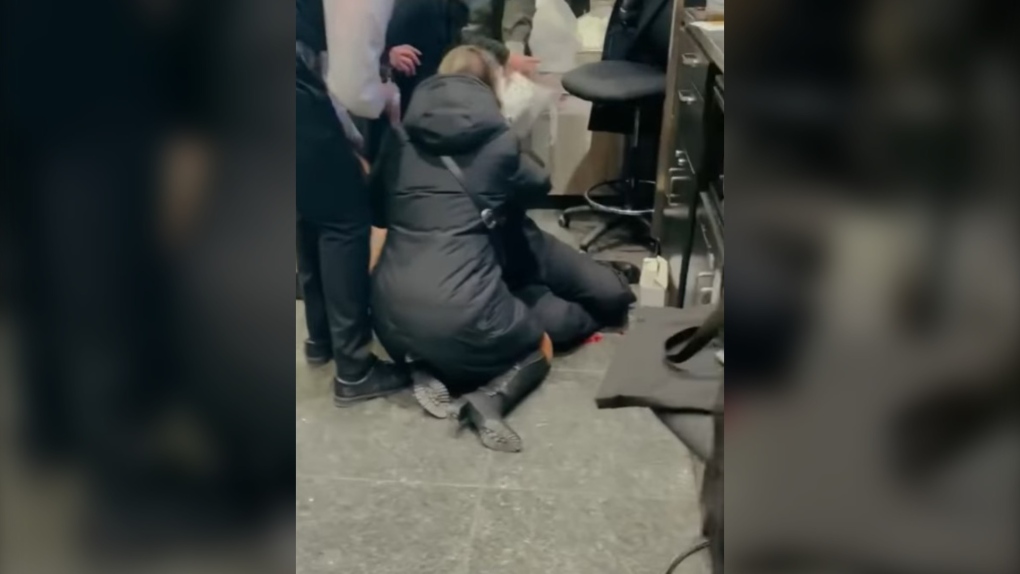 An Air Canada employee at Montreal's Pierre Elliott Trudeau International Airport was sent to hospital after a violent incident involving a traveller.

A video posted to various social media sites shows the 34-year-old victim slumped over her work counter, cradling her head with her hand.

"This woman was just hit by a man, she's bleeding like crazy," the person taking the video can be heard saying in French. "He broke the plexiglass right in her face because he missed his flight."

After a few seconds, the woman collapses on the floor as her colleagues rush to her side.

Airport officials confirm security agents had to intervene following "a situation involving a passenger and an employee of the airport community."

"Regardless of the reason or the passenger's dissatisfaction, nothing justifies the use of physical and verbal violence in our facilities," said Anne-Sophie Hamel, director of corporate affairs and media relations. "ADM will never tolerate this type of behaviour at YUL."

The file has since been transferred to Montreal police (SPVM).

The force states a 45-year-old man was arrested following an assault that left a woman bleeding on the floor of the airport at 1 a.m. last Sunday.

"She was sent to hospital as a preventative measure," said Julien Lévesque, a spokesperson with Montreal police. "Her injuries were not major."

Lévesque adds the suspect was arrested onsite and has been released with a promise to appear in court.

The first of the ships to leave Ukraine under a deal to unblock grain supplies amid the threat of a global food crisis arrived at its destination in Turkey on Monday.