Used vehicle prices in Quebec are finally starting to drop

Used vehicle prices in Quebec are finally starting to drop 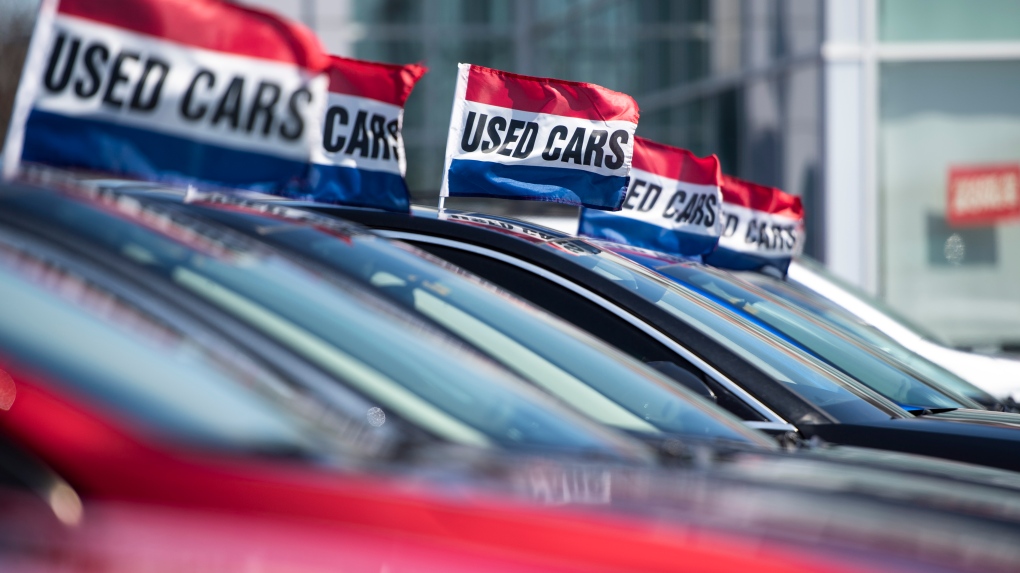 Used vehicles for sale are seen at an auto mall in Ottawa, on Monday, April 26, 2021. THE CANADIAN PRESS/Justin Tang

Used car prices are showing signs of softening after two years of sharp increases caused, in particular, by the scarcity of new vehicles.

The August data from the AutoHebdo automobile sales site show a very slight drop in used vehicle prices for the first time in 18 months, which also follows an increase in inventories.

Although the drop is minimal, at 0.4 per cent between June and July, it is part of a trend that began earlier, according to Benoit Béland, director of brand marketing at AutoHebdo.

"It seems to be a trend because, when we look at the last three months, the increase has slowed down and now it has stabilized. We agree that a 0.4 per cent decrease is rather neutral," he said. "But it's a trend because if we link it to the used vehicle inventory, again for almost all models, we see that it's stabilizing."

He adds that, although August's figures have not yet been compiled, the decline in the average price of used vehicles and the increase in inventory have been maintained and even strengthened from week to week over the past month, which tends to confirm that the downward trend is well established.

The increases in recent months have been steep. Across Canada, the average price of a used vehicle rose to $37,928, an increase of 32 per cent compared to last year. In Quebec, the increase was even worse over the last 12 months, reaching 39.2 per cent, but the average price was still below the Canadian average, at $35,186.

Most of these increases are attributable to the drop in new vehicle inventories during the pandemic. Supply chain disruptions, particularly on the microchip side, caused supply to drop, leading consumers to turn to used vehicles. But here too, the pressure is easing as production approaches full capacity.

LOTS OF PRE-ORDERS TO CLEAR

Benoit Béland warns, however, that it will take more time to take the pressure off the price of new vehicles.

"The problem is that there were a lot of pre-orders. There was no inventory, but people were buying anyway and were willing to wait. It's going to take a few months before all that demand is gone," he said.

Béland's explanation of why new vehicle prices have risen is very revealing of market practices.

Prices have gone up because manufacturers have not discounted much, as they historically have done to clear their inventory, since the little inventory that was available was selling.

In other words, it's not so much the cost of the car that has gone up, although there is some increase year over year, but the rebates that have been taken away. AutoHebdo's data reflects this phenomenon because it's based on the dealer's posted price.

"The dealer posts the lowest price they can offer to beat the competition. These are prices that include rebates," explained Béland.

As for used vehicles, the inventory of new vehicles, which has been steadily declining since the first quarter of 2021, is stabilizing, although it has not yet begun to recover, except in the case of trucks. This means that once pre-orders are filled and production resumes to boost new vehicle inventories, dealers can be expected to resume discounting to clear new inventories.

However, Béland warns, prices will not return to pre-pandemic levels.

"Once prices rise, it is extremely rare in all areas that they return to normal. Also, right now, we're all seeing as consumers that there's a labour shortage all over the world, there's high inflation because of the price of oil and other commodities and that's affecting production costs," he said.

But in the case of used cars, whose intrinsic value has not increased, but whose price has exploded in response to demand, won't we see a return to pre-pandemic prices? No, he said, "because the majority of used car sales are through dealerships, with only a marginal share of private sales. And dealers have operating costs, vehicle reconditioning costs, employee costs, and all of these costs are going up."

Every time AutoHebdo publishes its data, it shows the average price in Quebec for both used and new vehicles is well below the Canadian average and is lower than in all other Canadian provinces except the Atlantic provinces.

"It's always been like that and it's related to the type of vehicle that we buy and that are available. We are less fond of luxury vehicles and large trucks in Quebec, if we compare, for example, to British Columbia or Alberta, which have very high sales of the famous pick-ups," explained Benoit Béland.

"In Quebec, we are more small car and less luxury. Yes, we are as much SUV as the rest of Canada, but for the rest, our tastes and our type of consumption of vehicles is different," he siad.

Quebecers buy fewer BMWs, Volvos and, especially, pick-ups, which, he points out, have a very significant impact on the average price in a province, given their much higher cost.

- This report by The Canadian Press was first published in French on Sept. 6, 2022