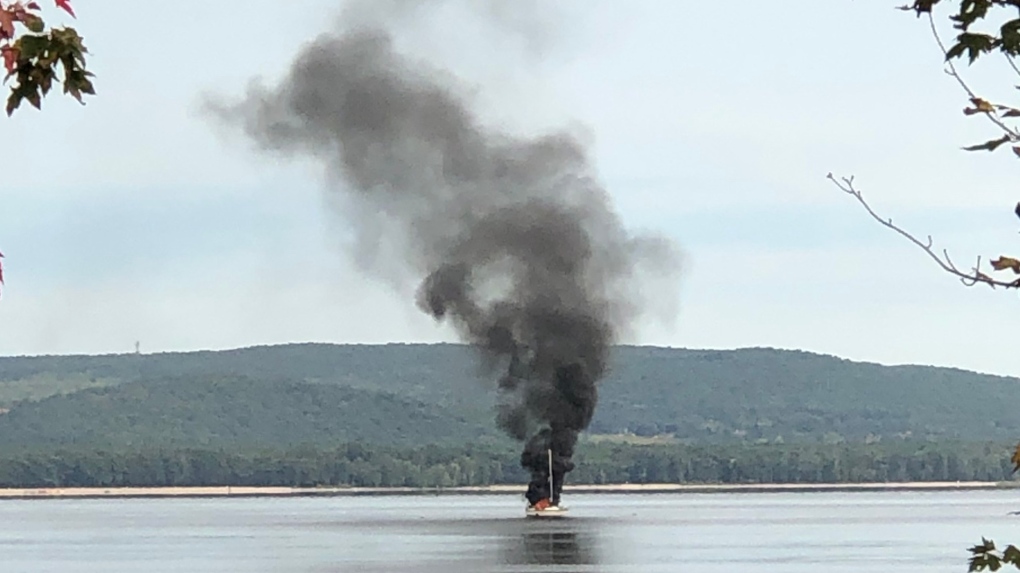 MONTREAL -- Two men were rescued Tuesday morning on the Lake of Two Mountains after their sailboat caught fire near Vaudreuil-sur-le-Lac.

One of the two sailors suffered burns to the face and hands because of a heating appliance on board.

The two jumped in the water to escape the flame, and were rescued by employees from the Vaudreuil marina.

Firefighters from the nearby Town of Oka were also called in to assist their Vaudreuil-Dorion colleagues.