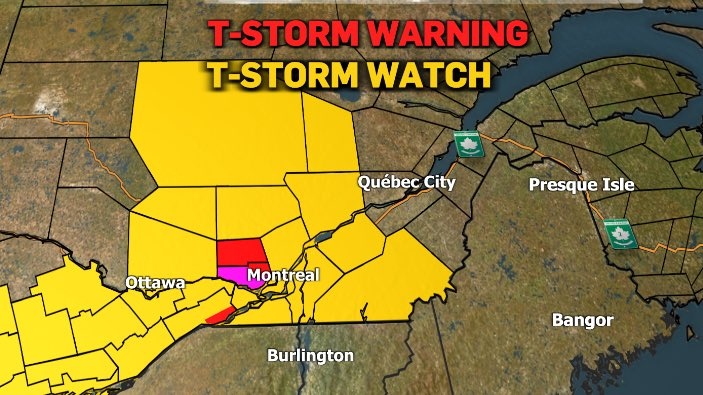 The tornado warning issued Thursday afternoon for a region northwest of Montreal has been lifted.

Environment Canada issued the weather alert at 2:20 p.m. for the Lachute - Saint-Jérôme region, in southwestern Quebec. The weather agency said that said it is monitoring "a severe thunderstorm that is possibly producing a tornado. Damaging winds, large hail and locally intense rainfall are also possible."

Despite heavy storms throughout the region, the warning was lifted at 3:40 p.m.

Several regions in southwestern Quebec were under a severe thunderstorm warning, including Montreal, but have been lowered from a warning to a watch. Only Drummondville - Bois-Francs remains under a warning as of 4:55 p.m.

-- This is a developing story that will be updated.

With a death toll nearing three dozen, rescuers searched on Saturday for survivors among the Florida homes ruined by Hurricane Ian, while authorities in South Carolina began assessing damage from the powerful storm's strike there as stunned residents began the painstaking task of surveying their losses.