A two-year-old boy was found dead in a vehicle Friday afternoon in the parking lot of a senior's home in Vaudreuil-Dorion, a suburb of Greater Montreal.

He appeared to have been in the vehicle for several hours before first responders arrived, according to Quebec provincial police (SQ).

Police said it's possible the boy died because of the heat.

The vehicle was parked in the lot of a seniors' home on Querbes St. 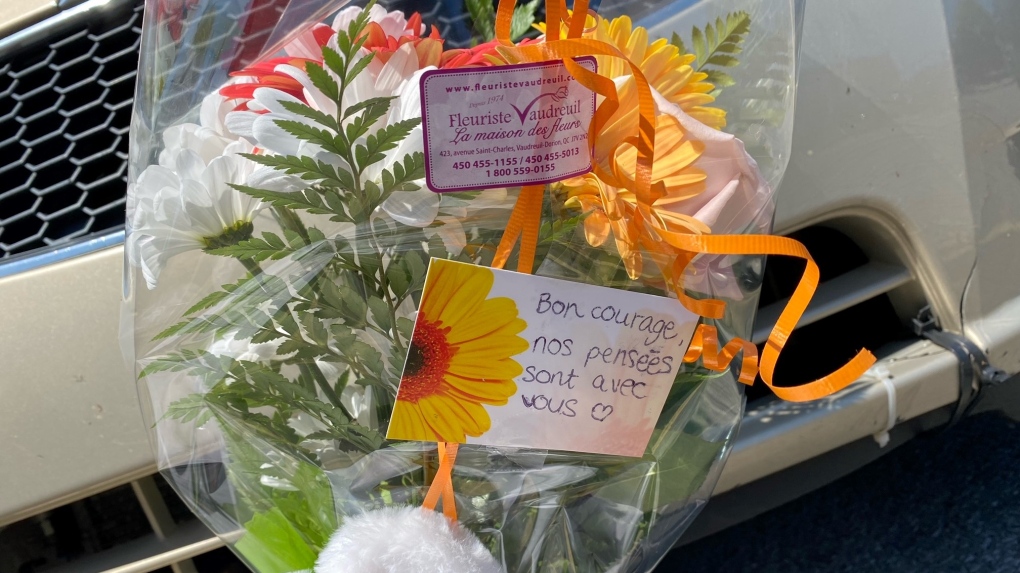 Flowers are seen placed in a Montreal parking lot where a toddler died after being left in a car for hours on Friday, Aug. 20, 2022 (Iman Kassam, CTV News)

First responders received the call around 4:15 p.m. They attempted to revive the toddler, who was then transported to hospital where he was pronounced dead.

No arrests have been made so far and there were no signs of violence.

The SQ major crimes unit was on the scene Friday night to gather more information.

Hockey Canada's board chairs to answer to feds, Nicholson deferred to later date

Hockey Canada's board chairs, past and present, will answer to the federal government today on the hockey body's handling of alleged sexual assaults and how money was paid out in lawsuits.

Quebec Premier Francois Legault and the CAQ win a majority government, Prime Minister Justin Trudeau will take the stand in the Emergencies Act inquiry, and North Korea fires a missile over Japan. Here's what you need to know to start your day.