There was a slight dip in asylum seekers at the Canada-U.S. border last month: data 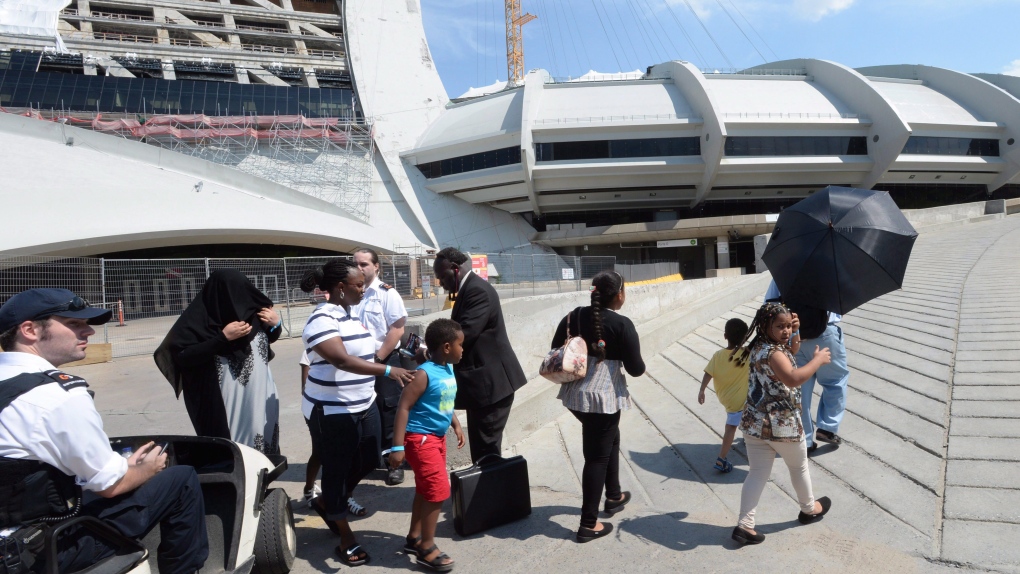 Asylum seekers take a walk outside Olympic Stadium as security guards look on in Montreal, Wednesday, Aug.2, 2017. The stadium will be housing asylum seekers after a spike in the number of people crossing at the United States border in recent months. THE CANADIAN PRESS/Ryan Remiorz

Last month, 1,762 people were stopped by the RCMP as they crossed into Canada from the U.S. at informal border points, down from 1,874 in July.

But the statistics also show that the total number of asylum claims lodged in Canada so far this year is higher than in the same period in 2018.

The government says it has processed 39,705 new claims for refugee status so far in 2019, which is about 5,000 more than had been processed at this point last year.

The surge of asylum-seekers has become a lingering sore spot in federal-provincial relations, with the Liberal government promising hundreds of millions of dollars to both provinces to ease some of the strain on housing and social services.

The flow through informal entry points has been blamed on the Safe Third Country Agreement with the U.S., which doesn't allow people coming into Canada from that country to lodge refugee claims at official border spots.

What to do with the agreement is a point of contention for the main federal parties in the current election, and expected to be part of at least some campaign platforms.