'The figures don't lie,' Quebec retailers say stores are not where COVID-19 is transmitted

MONTREAL -- Retailers in Quebec have one question for politicians considering forcing store closures to curb the spread of COVID-19 during the second wave: what's the point?

Retailers are heralding the minimal numbers of infections in Quebec and desperately hoping the government does not force shops to close their doors again.

A recent release from the Metropolitan Fashion Cluster which represents 25 major fashion industry retailers representing 42 banners says the transmission rate at their retailers is .00001 per cent in stores.

"This confirms that the retail sector is not a significant vector in spreading the coronavirus," reads the release signed by retailers Aldo, Ardene, Marie Claire, Tristan, Dynamite and others.

The release comes as Quebec Premier Francois Legault mulls the possibility of ordering closures with cases rising to averages above 1,600 new cases per day.

Andrew Lutfy owns Dynamite and Garage with stores across Canada and the United States in addition to owning the Four Seasons Hotel in Montreal and the restaurant Marcus.

He looks at the effort his staff has put in and can't help but be both proud of the quality of their work and frustrated that retail staff is singled out as a transmission risk despite evidence to the contrary.

"I look at the results my employees are delivering - 4,500 employees - zero workplace transmission," said Lutfy. "These people are on the front lines. There is not one public organization that can even rival our results."

The Quebec Institute of Public Health's Nov. 28 report on workplace COVID-19 outbreaks cites just one new outbreak in the past week attributable to "retailer of various items" and one to a "clothing store."

In total, the INSPQ reported five total outbreaks at clothing retailers accounting for 27 cases in four regions across Quebec.

As a comparison, there were 21 outbreaks reported at auto part stores and garages and 69 cases across nine regions.

Metropolitan Fashion Cluster executive director Debbie Zakaib said that across the industry, retailers have been able to navigate shopping traffic safely and efficiently.

“The figures don’t lie. Since the beginning of the pandemic, these companies together have welcomed tens of millions of in-store visitors. Despite this large number of clients, only nine cases of workplace transmission have been reported. This proves that the strict measures put in place are being respected and paying off,” she said.

Lutfy said 75 of his employees did test positive for COVID-19 since the start of the pandemic, but none of them were infected by workplace transmission.

Hearing even a suggestion that Quebec stores will once again be closed is infuriating.

"We get very frustrated and we take it very personally when we become the scapegoats for the continued infections," he said. "I find it really hurtful and harmful and discouraging to these people who have done a perfect job." Walk into a store in Montreal and it is clear shopping is different than it was in 2019.

Plexiglas barriers divide the shopper from the store clerk and spotting someone working with the public without a mask has become rarer than spotting a rat in a restaurant.

This reality continues at the same time as retailer owners with more than one outlet have had to navigate multiple provinces and states' regulations on both sides of the border, not to mention differing regulations within provinces like Quebec.

"It's just been unbelievable since the month of March," said Lutfy. "The hotel is closed as we speak, Marcus is closed. We have close to 30 stores as we speak closed right now. We have incredible, severe restrictions in provinces and states." 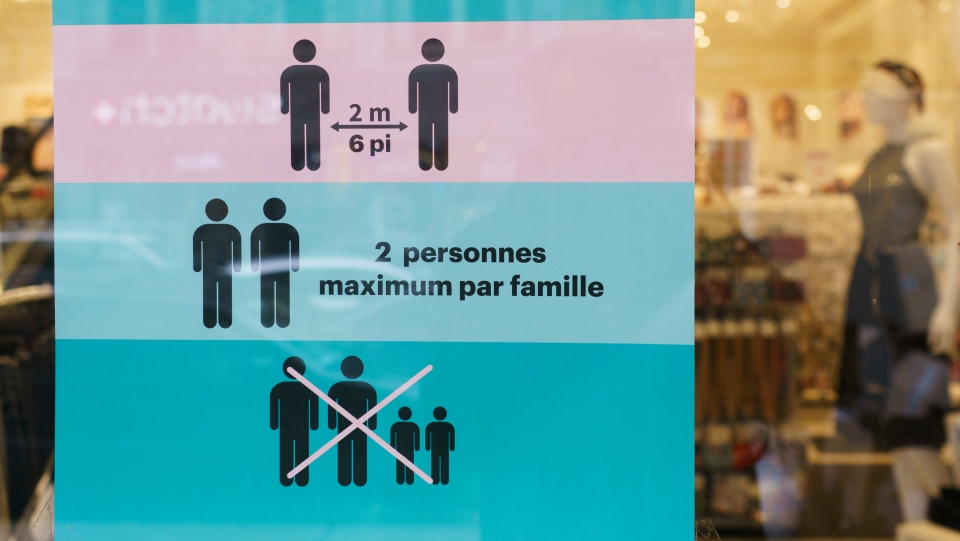 Retailers are constantly holding their breath as they watch news conferences and briefings from politicians across the country hoping new measures don't force them to change or stop operations.

Lutfy said stores have reduced their operations by as much as 85 per cent in certain regions.

"What's it been like? It's been a complete sh*t show," said Lutfy.

WHICH BUSINESSES LIVE AND DIE

The Canadian Federation of Independent Business (CFIB) says that if there are further shut downs, the damage would be irreparable and would have broader consequences.

"Half of business owners are saying that they would not easily survive a second wave of economic restrictions," said CFIB vice-president Francois Vincent. "It would be devastating for the Canadian economy." 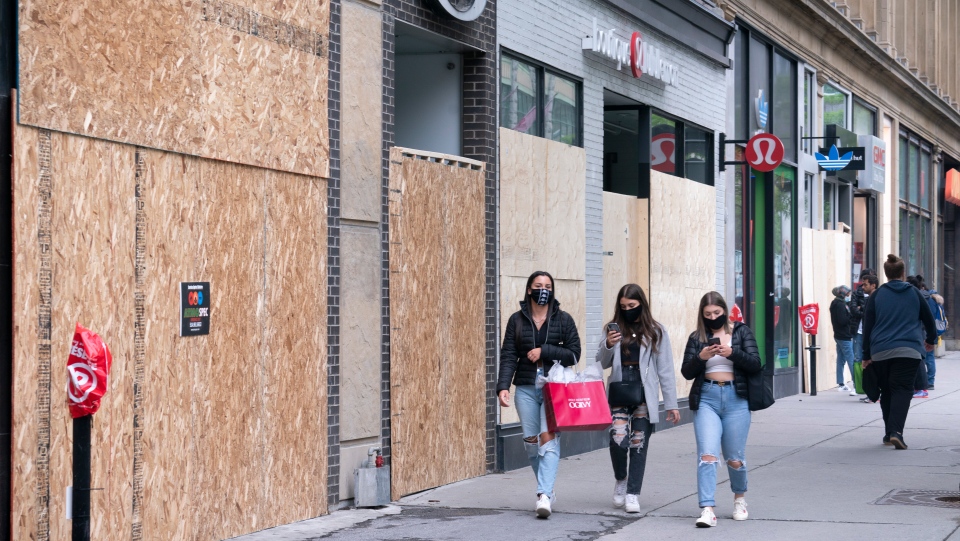