The curious case of P.K. Subban 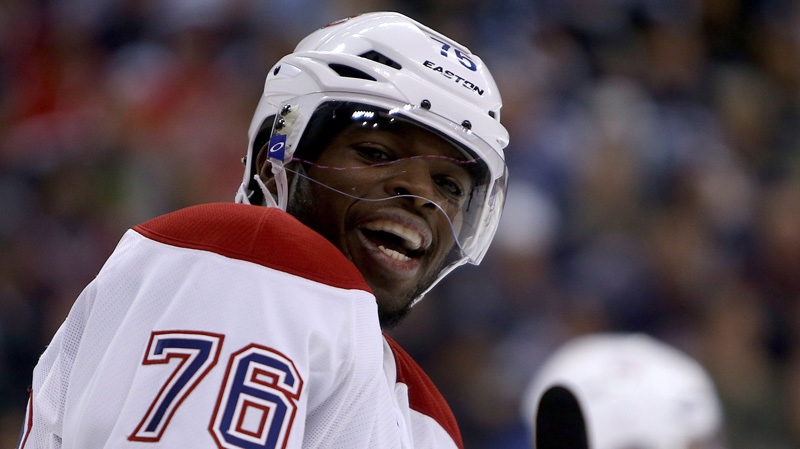 Michel Therrien has been an excellent coach for the Montreal Canadiens. The team overachieves. Their record is better than the talent on the ice. A second-place finish in the East Conference from 15th the year before makes tenuous any argument questioning his accomplishments.

Therrien may ultimately find that his Achilles' heel hampering a successful, long run coaching here in Montreal is found in his Norris Trophy winner PK Subban. When you are the best, there is an expectation that you will be among the most praised athletes in the league and certainly the most praised on your own team. You also might have an expectation that you will be used in the most important circumstances to ensure your team gets a full two points every night it can.

You would certainly not expect a coach to hedge his words and limit the star's ice time. Yet this is the treatment we see for the league's best defender.

In the curious case that is P.K. Subban, the easiest finger to point for lack of support is directed at his head coach. Michel Therrien should be leading the brigade to promote his athlete, to lift his confidence, to ensure he will love this crazy obsessive city of Montreal and its beloved team.

Truth is though, in the curious case of P.K. Subban, he can't get any praise anywhere. TSN's Darren Dreger's suggestion that Dan Boyle is ahead of Subban for the Olympics and that Subban will not make Team Canada if the decision were made today doesn't tell us what Dreger thinks - it tells us what Hockey Canada thinks. When Dreger speaks, you are getting the opinion from on high.

So here we go again. The Norris winner can't get a spot on Canada's blue line. Hell, he can't even earn unbridled praise from his own head coach!

Now let me see... What is it about P.K. Subban that is different than anyone else? I am pretty sure all of the other top defenceman in the league make some high risk mistakes too. What could it be about P.K. that made Mike Richards say that that guy needs to earn players' respect. Odd, Richards said this and others parroted it because he never said that about any other player. What could it be about PK that is different? I wish I knew. I wish I were smarter and could read between these lines that seem to be repeated time and time again in a veiled way. Such a mystery.

I remember when P.K. Subban was having a lot of fun doing triple low fives with Carey Price after wins. No. We can't have that. Too flamboyant. Better stop that. Odd though, I can't remember ever hearing about the flamboyance of Price then - just the flamboyance of Subban. What is this word flamboyance? I seem to only hear it ever in one circumstance. Hmmm.

I guess I will never get answers to these questions because it is 2013 and we don't ask questions like these anymore. We are all so civilized, aren't we? There is always a safe reason to give, better than the unspoken one. We are at a point in society where the accusation is more serious than the veiled behaviour we dare not name.

All of this brings us to the athlete in question. You know, the one who wears a yellow jacket at the awards banquet which gets more people talking about it than the fact that he won: P.K. Subban.

When he was early in his stay here in Montreal and was still innocent and didn't know people could twist him, twist his actions, twist his words, he did a PSA for a hybrid car. I happened to be there with him doing a TV story on a lazy and fun Sunday morning. We spent part of a day together. We laughed. He was an amazing character. A natural ad-libber and a free spirit just enjoying every moment. He kept asking if they needed more takes. He and I developed a rapport. I never talked about that rapport. As a reporter, I don't like to cross the line into a quasi-friendship because eventually I am going to have to say something negative and hurtful and I don't like to feel like a hypocrite on a day that an athlete feels more betrayed if I have developed a rapport or a relationship.

The beauty was the answers I got after that were open and free and easy. He didn't believe his words could be turned on him.

The PK I talk to now is formal and safe and sadly, he is burnt. I am another person in a big crowd. The rapport is gone and I don't blame his circumspection about me, about all of us, one bit. He needs to save himself. I would do the same.

It is said that one can suffer the death of a thousand small cuts. I don't know if P.K. is dying inside. I can't know it because he isn't sharing his feelings anymore. He is an automaton of safe.

I feel I do know this though: In two years, when P.K. is an unrestricted free agent, he better not still be suffering from a thousand more small cuts from his own head coach. For like Mario Tremblay vs. Patrick Roy before him, the Habs better not suffer the loss of vision to not see who is the real asset and who is always expendable.

Let there never be any confusion on that. The Habs never replaced Roy and the organization went into a dark hole for five years. Let them not repeat the sins of their fathers. Let them recognize their greatest asset and treat him as such.

I can't see the downside to praising and playing this kid more but I sure can see a whole lot of upside.