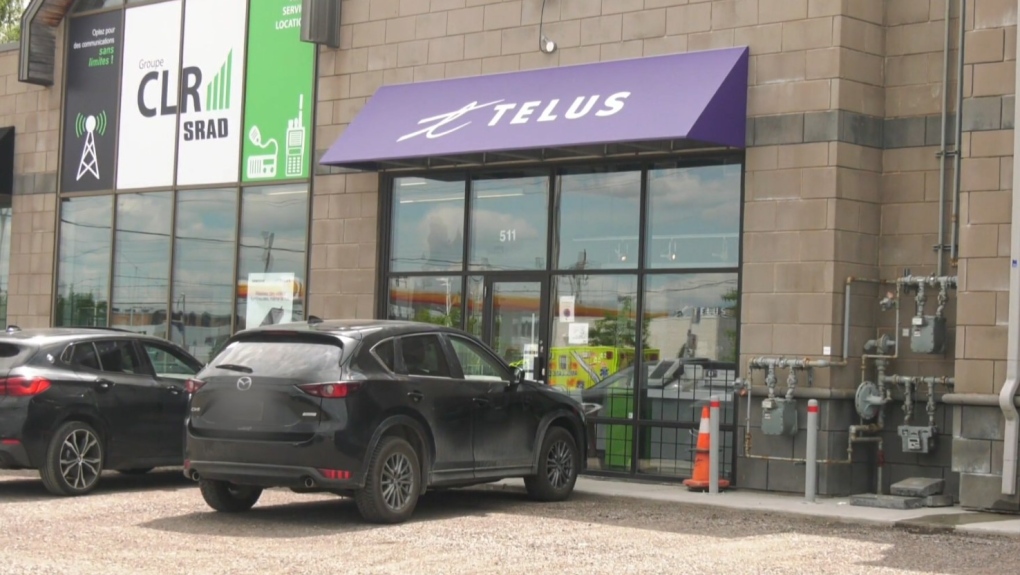 This Telus store in the Fabreville section of Laval was robbed.

Two 17 year-olds appeared in youth court Thursday, following a robbery in a cellphone store in the Fabreville section of Laval.

According to police, they allegedly used what appears to be a submachine gun to rob the store Wednesday.

Police say they stole several top-of-the-line phones before taking off in a black truck on Highway15.

Police tracked down the truck thanks to the GPS on the stolen phones, and the teen suspects were found near a park on Henri-Bourassa Blvd. near l’Acadie Blvd in Montreal.

Police are now examining the weapon used in the alleged crime to see if it was a real firearm.