Talk about the deadly past: Leading doctor promotes vaccination as prevention 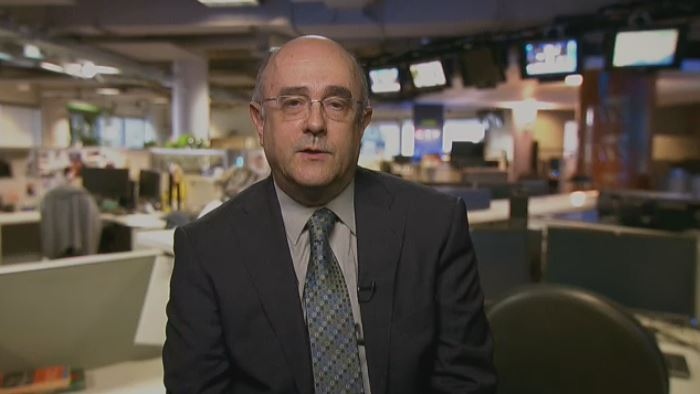 Dr. Yves Robert with the College of Physicians

The head of the College of Physicians of Quebec, Yves Robert, has published an open letter about the dangers of forgetting the past and once-eradicated diseases that are making a comeback.

He said the public has forgotten why vaccinations and immunizations were developed, and how many people died or faced life-long health problems after contracting diseases such as measles.

"Having spent more than half of my career building and organizing Quebec's immunization program, I feel the need to comment on the current situation," wrote Robert.

Measles was effectively eradicated in Canada 20 years ago but there have been several outbreaks since then.

This year there have been seven cases of measles in Montreal, including two people who contracted the disease after coming into contact with someone who fell ill while overseas.

Robert said the fact that medical science has nearly eradicated a disease has become the very thing that is allowing it to return: only older Canadians remember when these diseases were commonplace, and when people lost their hearing and or went blind from measles, or were condemned to live in iron longs or suffer lifelong weakness after getting polio.

"Immunization has made it possible to eradicate smallpox, the first infectious disease to disappear from the Earth's surface, and to control the other diseases against which it is universally vaccinated: diphtheria, tetanus, poliomyelitis, measles, rubella, mumps," wrote Robert.

The last widespread epidemic in Quebec was in 1989 when more than 10,000 people contracted measles and most people do not know one of the long-term effects of measles.

"Several years after the acute illness, [it] causes a degeneration of the brain called subacute sclerosing panencephalitis (SSP)," said Robert, noting that he treated one of these final cases to happen in Quebec 40 years ago while he was a medical student.

He noted that anyone who was immunized will never get this side effect.

Robert also said that he does not know how a society can accept that a preventable disease can make a resurgence.

He said in many cases, those expressing doubt about vaccines do not have strong enough backgrounds in science or math, and so are taken advantage of by unscrupulous people.

The American Medical Association has called on Google and Facebook to stop promoting anti-vaccination falsehoods.

Robert said that in many cases, people are still promoting the thoroughly debunked and retracted anti-vaccination piece written by Andrew Wakefield, a doctor who had his medical licence stripped for falsifying evidence and participating in the abuse of developmentally delayed children.