Report: China bans all Canadian meat before G20 as Trudeau turns to Trump on detainees 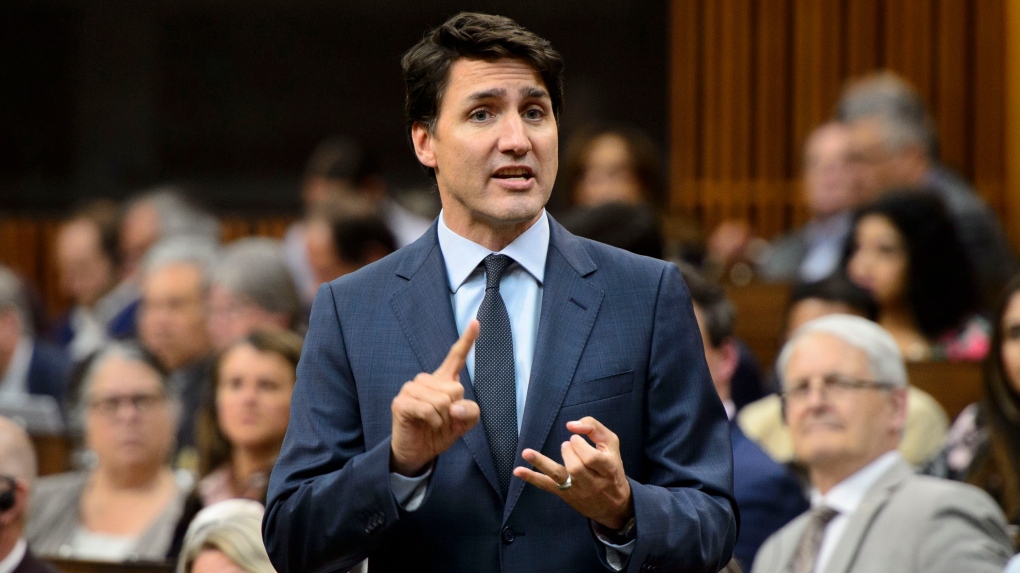 Prime Minister Justin Trudeau stands during question period in the House of Commons on Parliament Hill in Ottawa on Wednesday, June 12, 2019. THE CANADIAN PRESS/Sean Kilpatrick

The Chinese Embassy says it has suspended all Canadian meat exports in a dramatic escalation of its diplomatic dispute with Canada over the December arrest of Huawei executive Meng Wanzhou in Vancouver.

The latest Chinese move comes as Prime Minister Justin Trudeau is set to depart Wednesday for the G20 leaders' summit, where he is expected to rely on U.S. President Donald Trump to raise the plight of two detained Canadians during a meeting with Chinese President Xi Jinping.

The embassy said in a statement to The Canadian Press on Tuesday that this latest move follows the detection of residue from a restricted feed additive called ractopamine by Chinese customs inspectors in a batch of Canadian pork products. The additive has permitted uses in Canada but is banned in China.

"The subsequent investigation revealed that the official veterinary health certificates attached to the batch of pork exported to China were counterfeit and the number of those forgery certificates was up to 188. The Canadian side believes that this incident is criminal offence," said the embassy statement.

China is therefore taking "urgent preventive measures" to protect Chinese customers and has asked the Canadian government to suspend all meat export certificates, the embassy said.

"We hope the Canadian side would attach great importance to this incident, complete the investigation as soon as possible and take effective measures to ensure the safety of food exported to China in a more responsible manner."

A spokeswoman for Agriculture Minister Marie-Claude Bibeau has yet to comment on the report.

A report in the newspaper Journal de Quebec, which first reported the story, quotes a Montreal-based diplomat with the Chinese consulate-general as saying the ban is temporary.