Quebecers under 60 can get a fourth dose -- but they probably don't need it, say experts 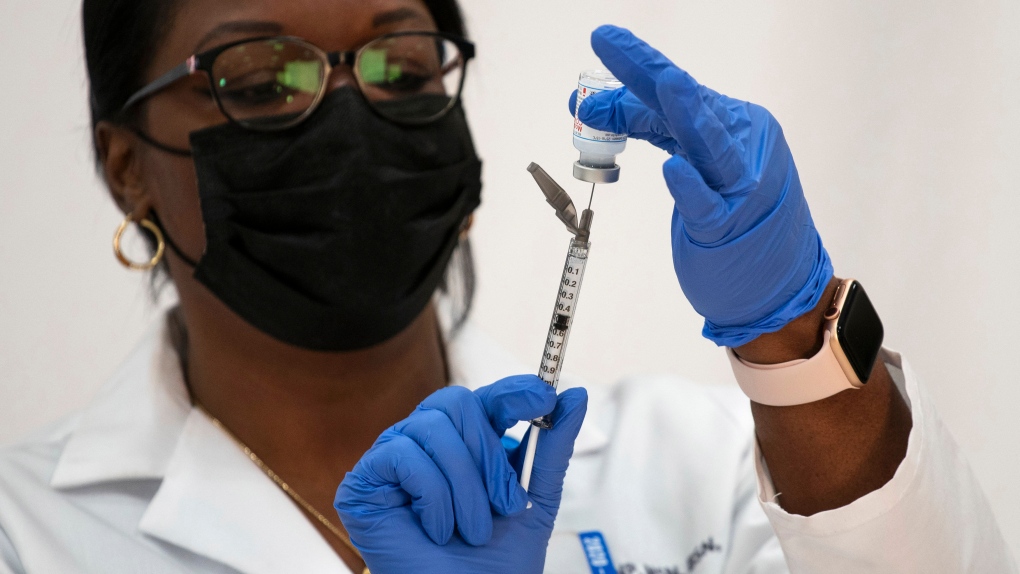 At a press conference last week, Quebec's public health chief casually mentioned a major loophole, or update, to the current vaccination regime -- so casually, in fact, that it barely registered.

People under 60 can get a fourth dose, said Dr. Luc Boileau, even if they can't make an appointment on Clic-Santé. They must instead go to a walk-in vaccine clinic.

He didn't elaborate more on what he meant, or when that availability opened up.

In reality, it's not quite so simple, Quebec's health ministry told CTV News afterwards. And there's a good reason the province, and most other jurisdictions, aren't hyping up fourth doses too much, says an expert: they don't add much extra protection for most people.

"There's a big benefit from the second to the third dose," explained Dr. Matthew Oughton of McGill University.

However, Quebecers under 60 do have the right to insist on having a fourth dose at a walk-in clinic, and in allowing this option, the province is echoing the flexible policies adopted in some other places, including the U.S.

UNDER-60S CAN MAKE A CASE FOR A FOURTH DOSE

Quebec's current regime is as follows, said a spokesperson for the health ministry, Marjorie Larouche.

A fourth dose, otherwise known as a "second booster," with an mRNA vaccine is officially recommended for the following groups:

o People who live in other environments with a high proportion of seniors and vulnerable people, such as certain intermediate and family-type resources and certain religious communities;

o People aged 80 and over living in the community;

o Immunocompromised or dialysis patients aged 12 or over;

o Highly vulnerable people who reside in an isolated and remote community.

The province's expert committee on vaccination considers getting a fourth dose to those populations to be crucial, said Larouche.

"In the current epidemiological context of a foreseeable rise in COVID-19 cases, the CIQ [committee] considers that the... fourth dose should be offered as soon as possible to the target clienteles," she said.

However, the province has also made appointments available for the fourth dose for everyone over 60, not just those over 80, giving people in that in-between age group -- 60 to 80 -- an easy route to decide if they want the extra boost.

The same goes for those under 60, too, Larouche clarified, if they go to a walk-in clinic. But they, as well as those 60 to 80 and everyone else who's not on the high-priority list, are getting a similar warning: a fourth dose probably won't help you much.

"The CIQ considers that there is currently little advantage in offering a [fourth dose] with a COVID-19 mRNA vaccine to people not covered by this recommendation," Larouche wrote.

Appointments are only available on Clic-Santé for people on the high-priority list above and those aged 60 to 80.

"Other people wishing to take advantage of a.. fourth dose must present themselves at a walk-in clinic," Larouche wrote.

In other words, for younger people who still want a fourth dose, be prepared to visit a walk-in clinic and make your case, but also be ready for those on staff to explain to you that it's likely not necessary. Still wanting the dose after that talk will provide your "informed consent."

Staff may ask what conditions you have, look at when you got your third dose, ask if you've been infected with the virus and tell you more about the lack of an immune bump for most people after the fourth dose.

This is similar to the system the U.S. has decided to recommend, said Oughton.

"The States opened the door wider for that fourth dose, basically saying that if you are at least moderately immunocompromised... you just need to self-declare," he said.

"If people perceive themselves as being at high risk, there's the option."

"It's leaving that sort of individual discretion open," he said.

After all, there's no harm in getting a fourth dose -- the safety evidence is the same as the previous doses, since it's all the same product -- but the benefits haven't been demonstrated for people who are already triple-dosed and relatively healthy.

While studies on the fourth dose are still scarce, they suggest that for most people, real-world outcomes -- especially the risk of becoming severely ill -- aren't much improved by getting a fourth shot a few months after the third.

One recent study of health-care workers in Israel, which started vaccination earlier than most countries, showed that while the antibody levels in people's blood looked higher after a fourth dose, their actual risk of illness wasn't much lower than their peers who had only a third dose.

That's because there are aspects to the immune system that can't be gauged simply from looking at blood antibody levels, Oughton explained.

"Other parts of your immune system are totally built to have long-term immune memory," he said.

"All immunity is not just antibodies. For example, your memory B cells, your helper T cells... those parts are very helpful" to creating long-lasting immunity, he said.

But "we don't have the same ability to measure those," especially in a large-scale study and outside of a research setting, he said.

Other experts have echoed this advice, telling Canadians to deeply consider their actual risk before rushing out to get a booster for their booster.

A HOLDING PATTERN UNTIL AN UPDATED VACCINE

All in all, the virus is moving faster than the vaccines, he said.

The vaccines, especially with three doses, are generally still providing good protection against the changing variants. But governments know they don't have a detailed picture anymore of who's most helped by an extra booster, hence their "open to discretion" attitude, Oughton said.

"The evidence to guide the use of this [fourth dose] in various subgroups.. is really, really lacking. Most of the studies coming out right now were started and perhaps finished months ago, before Omicron was even really a thing," he said.

The next major booster push he foresees will be if and when the vaccine-makers come out with a new formulation, he said.

"This story might change greatly if there are boosters that are more closely matched to the circulating variants."

For now, with only just over half of Quebecers triple-vaccinated, he said that's the main priority: reaching people who don't understand that their "maximal protection" comes with three, not two -- and not even four -- doses.

"I really think that's where the bang for the buck should be," he said.

A Russian airstrike on residential areas killed at least 21 people early Friday near the Ukrainian port of Odesa, authorities reported, a day after the withdrawal of Moscow's forces from an island in the Black Sea had seemed to ease the threat to the city.

The World Health Organization's Europe chief warned Friday that monkeypox cases in the region have tripled in the last two weeks and urged countries to do more to ensure the previously rare disease does not become entrenched on the continent.

One of Toronto’s Canada Day fireworks displays has been cancelled and another has been postponed after a vendor pulled out at the last minute.