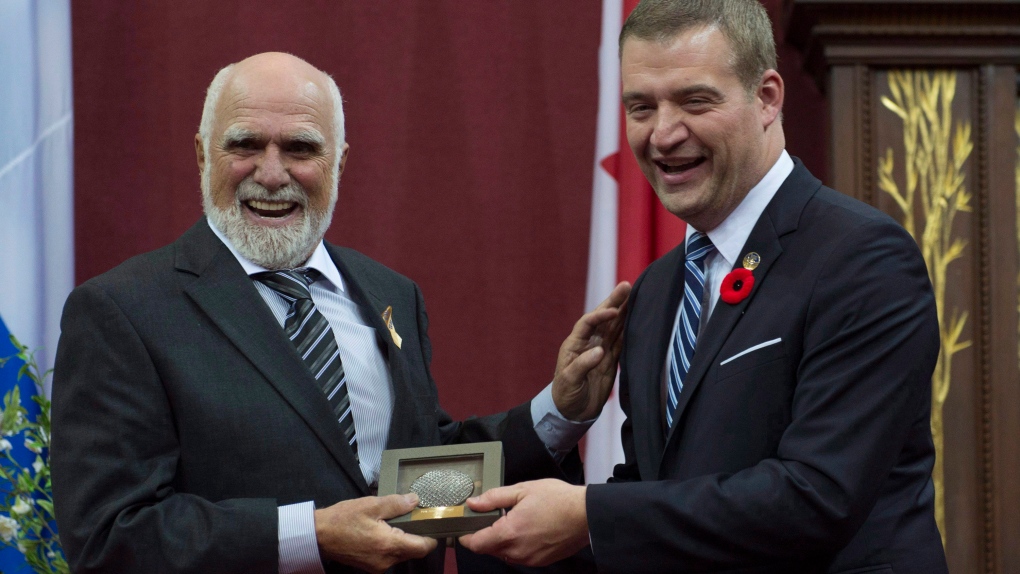 MONTREAL -- Writer, scenographer and pamphleteer Claude Jasmin, who wrote the TV series 'La Petite Patrie' in the mid-1970s, died on Wednesday night at the age of 91.

The news was announced Thursday by his website without any further details.

Jasmin published about 50 books, including `Pleure pas Germaine', in 1965, written entirely in joual, as a nose-thumbing to supporters of 'speaking well.'

In 2016, the Quebec government bestowed upon him its highest literary award, the Athanase-David prize.

In 2003, Louis Cornellier, literary critic for Le Devoir, summed up the qualities of this "boisterous and populist novelist" as follows: a sense of neighbourhood life, a fascination with his surroundings, the depth and mystery of the human being, the art of storytelling, and an unshakeable faith in writing.

- This report by The Canadian Press was first published April 29, 2021.