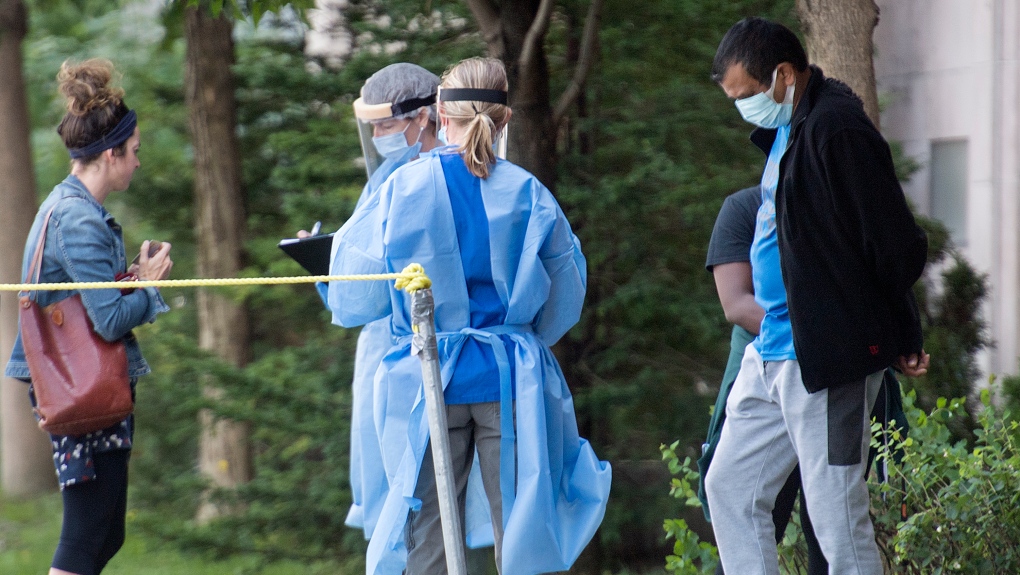 A health-care worker talks with people outside a COVID-19 testing clinic in Montreal, Monday, September 7, 2020, as the COVID-19 pandemic continues in Canada and around the world. THE CANADIAN PRESS/Graham Hughes

MONTREAL -- Quebec health officials announced 188 new cases of COVID-19 on Thursday, bringing the total number of cases in the province since the start of the pandemic to 64,244.

Two new deaths were reported on Thursday, one of which occurred over the past 24 hours, and another from an unknown date, for a total of 5,773.

In response to the recent uptick in daily cases across the province, Premier Francois Legault announced on Thursday that people who don't wear masks inside closed, public spaces will be subject to fines as early as Saturday -- the cost of which has yet to be announced.

"There's a trend that we don't like here, and right now we cannot accept that a few irresponsible individuals put at risk our entire society in Quebec, so I think it is now time to clamp down on these people," he said.

As of Thursday, 56,624 people in Quebec are confirmed recovered from COVID-19, which is an increase of 224 from the number reported on Wednesday.

Quebec reported that it analyzed samples of 17,739 COVID-19 tests on Sept. 8, which is 1,371 more than the 16,368 it completed a day earlier (Quebec reports its daily testing figures from two days prior).