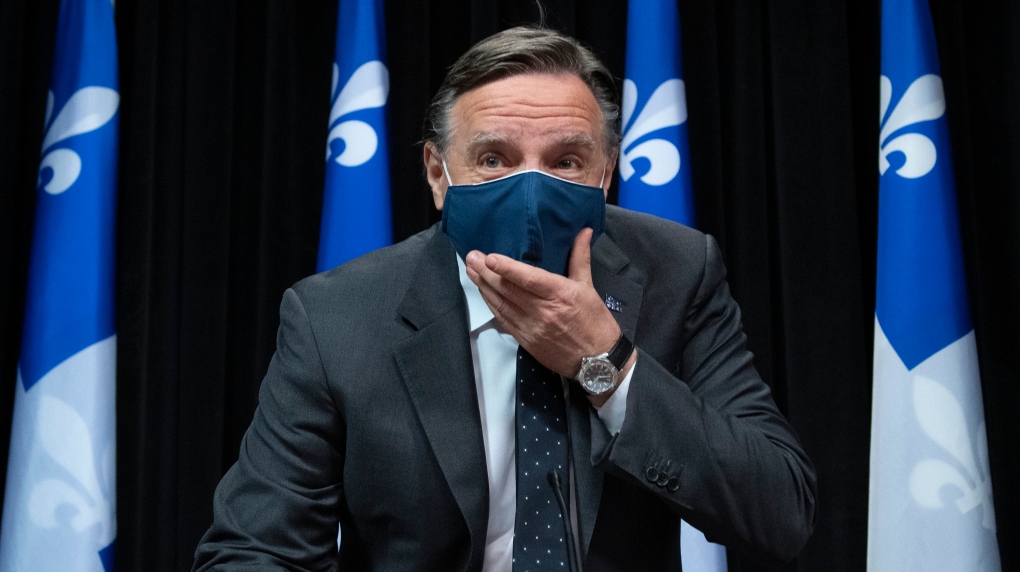 Quebec Premier Francois Legault holds his mask as he arrives at a news conference on the COVID-19 pandemic at the legislature in Quebec City. THE CANADIAN PRESS/Jacques Boissinot

MONTREAL -- There are now 5,503 people who have died of COVID-19 in Quebec, health authorities announced Tuesday, as confirmed cases in the province reached 55,458.

That’s up 18 from the 5,485 deaths reported Monday; seven of the newly reported deaths occurred over the past 24 hours, health authorities said, while 11 took place prior to June 22.

There are 435  people being treated for COVID-19 in Quebec hospitals as of Tuesday, down 20 from the 455 reported Monday. Of those in a hospital, 38 are in intensive care, down seven from the 45 reported 24 hours earlier.

The daily numbers update for Tuesday came as Quebec Premier Francois Legault announced that the wearing of a mask while taking public transit in Quebec will become mandatory on July 13.