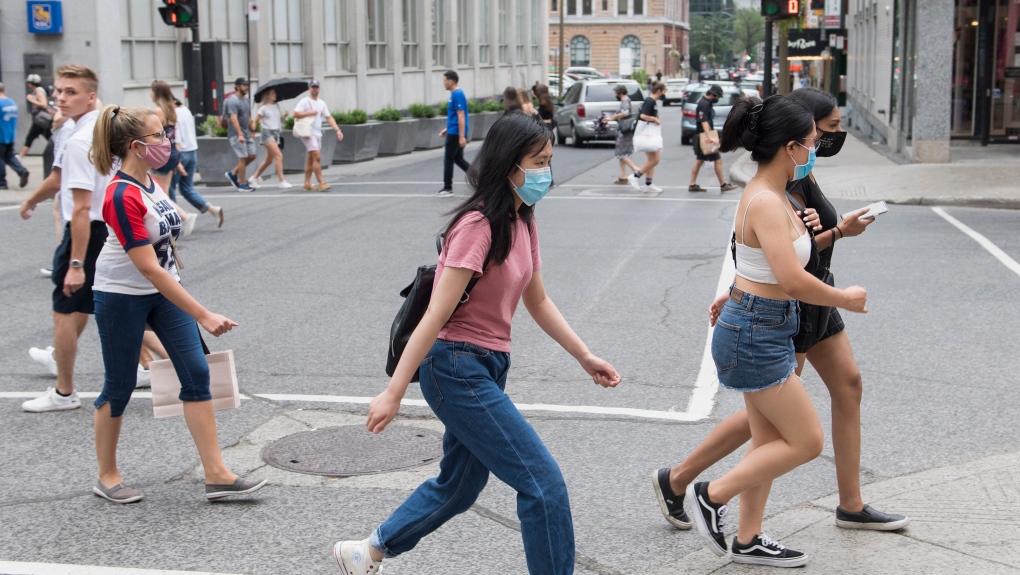 People wear face masks as they cross a street in Montreal, Sunday, August 9, 2020, as the COVID-19 pandemic continues in Canada and around the world. THE CANADIAN PRESS/Graham Hughes

MONTREAL -- There are now 5,715 people who have died of COVID-19 in Quebec, health authorities announced Thursday, as confirmed cases in the province reached 60,917.

The number of new deaths in the past 24 hours did not increase, however. Public health officials explained the the six cases were retroactively added to the tally and were not recent.

There are 149 people being treated for COVID-19 in Quebec hospitals as of Thursday, down two from the 151 reported Wednesday. Of those in a hospital, 23 are in intensive care, up three from the 20 reported 24 hours earlier.