Quebec is investing in airships, even though it's unclear if there are any customers for them 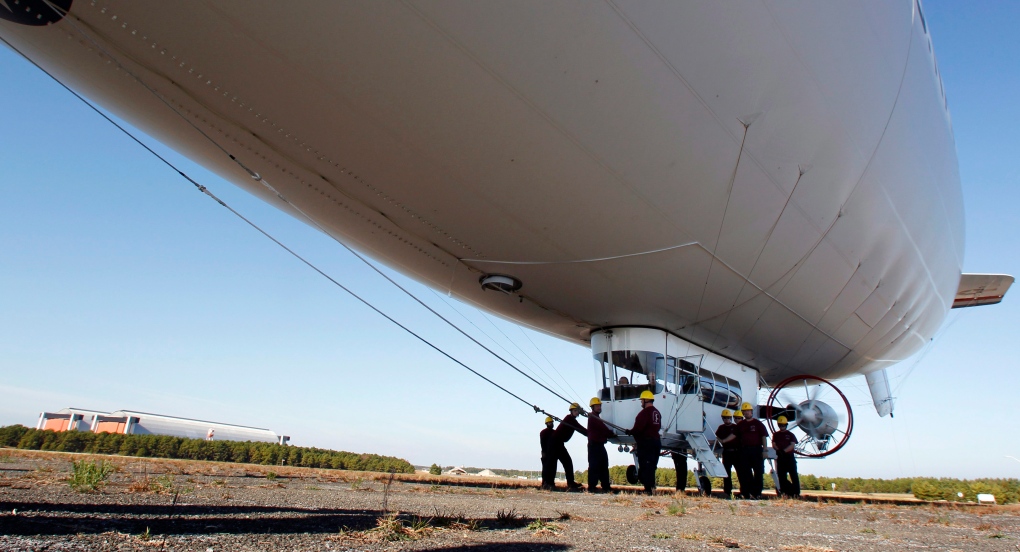 QUEBEC -- Quebec is once again defending its decision to inject nearly $30 million into a French company that wants to develop airships, even though it's unclear if there are customers.

Even though it's a significant amount of money, Innovation and Economy Minister Pierre Fitzgibbon said Wednesday that the risk was 'minimal' compared to the potential benefits - such as the implementation of a manufacturing plant in the province, resulting in the creation of up to 300 jobs.

Investissement Québec (IQ) will invest about $30 million into Flying Whales, a compant that wants to develop airships capable of carrying heavy loads, such as machinery, to inaccessible places.

The project was confirmed at a press conference in the National Assembly by Fitzgibbon, accompanied by Flying Whales president and CEO Sébastien Bougon and Alain Rousset, president of the Regional Council of New Aquitaine.

When questioned during a press briefing, however, they were not able to clearly indicate whether the company had already convinced any customers to make a formal commitment.

The first $22 million will go to Flying Whales and another $ 8 million to a new Quebec subsidiary, Flying Whales Québec dirigibles, which will carry out research and development.