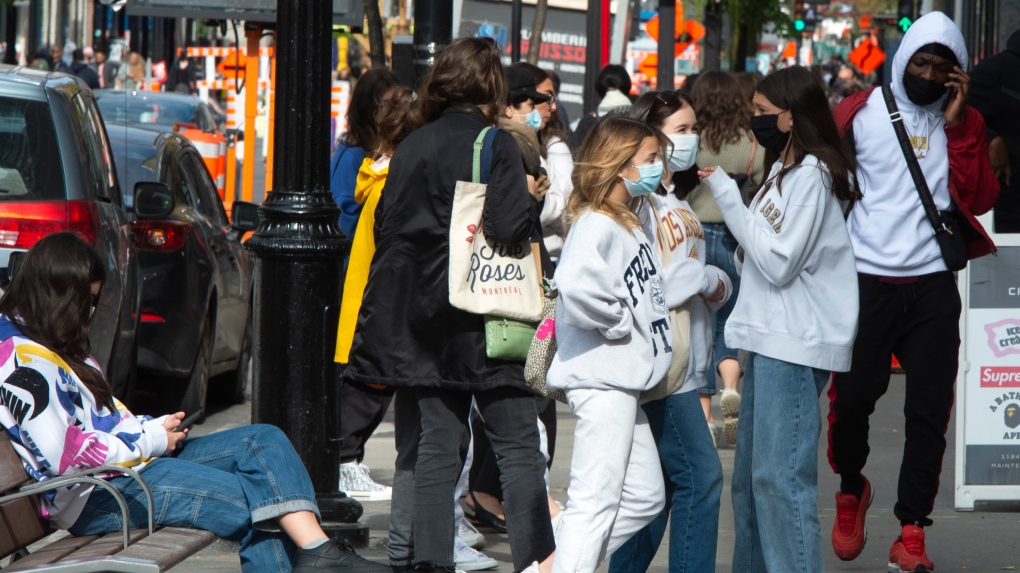 Customers line up at a store in Montreal, Friday, Oct. 9, 2020. New daily COVID-19 cases remain at over a thousand across the province. THE CANADIAN PRESS/Ryan Remiorz

MONTREAL -- The number of new positive COVID-19 cases remained over 1,000 in Quebec, as the province's total number of cases surpassed 85,000 Saturday.

The province's public health authorities announced that 1,097 more people have tested positive for COVID-19 in the past 24 hours and three deaths.

The total number of positive cases in the province since the start of the pandemic is now 85,191, and 5,950 people have died due to the disease.

The number of hospitalizations increased Saturday with 11 more people receiving care in Quebec hospitals for a total of 444. Of those, 73 people are in the intensive care ward, an increase of six.

Officials reported that 1,110 more people have recovered from the disease bringing the total number of recoveries to 70,696 (82 per cent of the total cases).