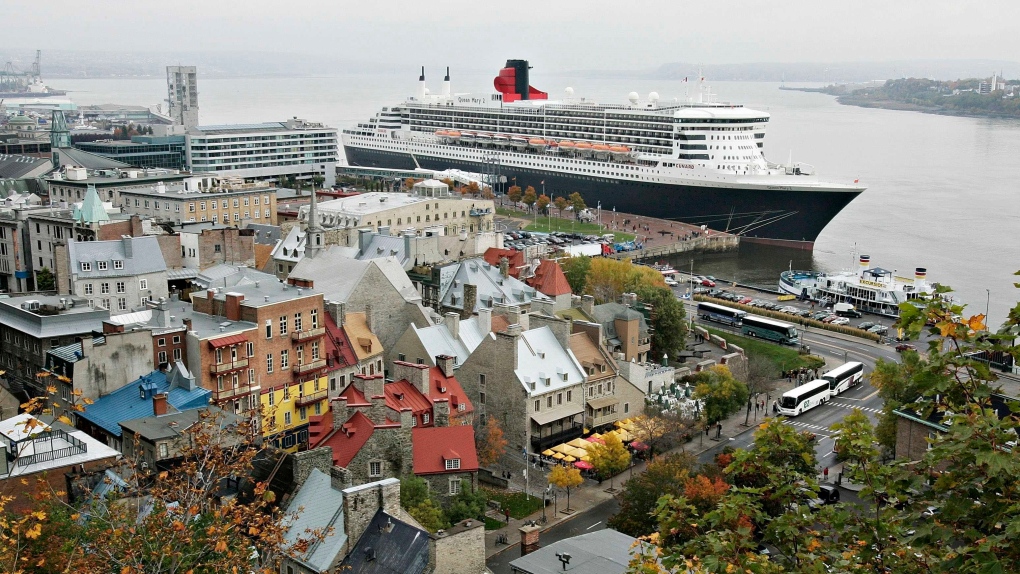 The Queen Mary 2 cruise ship is docked at the Port of Quebec, in front of old historic Quebec City, Tuesday, Oct. 3, 2006. The Quebec Port Authority says more than one hundred companies have given their support to the development of an expanded container terminal in Quebec City. THE CANADIAN PRESS/Jacques Boissinot

QUEBEC CITY -- The head of the Quebec Port Authority project to build a new container terminal says the expansion will help Canada claw back businesses from U.S. harbours.

Don Krusel, executive director of the $775-million undertaking, says the country's share of container shipping traffic in North America has lost ground to expanded U.S. ports, falling 18 per cent since 2008.

The shrinking market share is all the more striking as U.S. East Coast volumes surge due to shifting global supply chains.

The growth of production in Southeast Asia has redirected some container shipping way from the West Coast and toward Atlantic ports via the Panama Canal.

Meanwhile, the advent of mega-ships has boosted the value of deep-water ports that can handle their larger hulls, with the Port of New York and New Jersey dredging the harbour at a cost of US$2.1 billion to reach a depth on par with Quebec City.

The Port of Quebec -- which currently does not have a container terminal -- is slated to begin construction next year and launch the facility in early 2024.

This report by the Canadian Press was first published June 24, 2020.