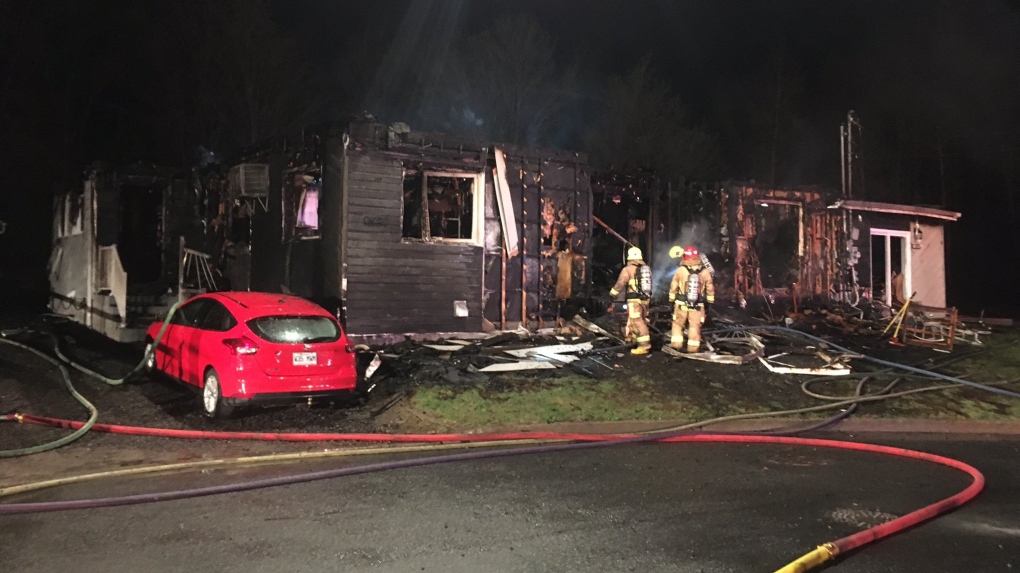 A family was jolted from their sleep and were able to escape their residence before a fire consumed it thanks to a functioning smoke alarm. SOURCE SPCIQ Twitter

QUEBEC CITY -- A family from Quebec City was saved thanks to the smoke alarm that jolted the occupants of the house from their sleep at night after a fire started.

Several 911 calls were made Saturday around midnight to report that a house on rue Paix-et-Amitie, located in the Saint-Emile district of the provincial capital, was engulfed in flames.

It was not until three hours later that the fire was brought under control by firefighters. The three-alarm fire drew around 50 firefighters.

Quebec City fire department (SPCIQ) spokesperson Alexandre Lajoie said that there is no doubt that the fate of this family of four could have been different, had it not been for the presence of a working smoke alarm when the fire started.

“These people were notified of the fire by the smoke alarm, which therefore saved their lives. They inhaled a little smoke and were examined by the paramedics, but were not transported to a hospital centre,” said Lajoie. "The family was taken care of by the Red Cross.”

According to Lajoie, two dogs were saved by the firefighters.

The occupants of the second apartment in the house were not present during the fire, which was so intense that it melted the exterior siding of a neighbouring residence.

An investigation is underway to determine the origin of the fire.

The two-unit residence suffered significant water damage in the basement.

This report by The Canadian Press was first published May 23, 2020.