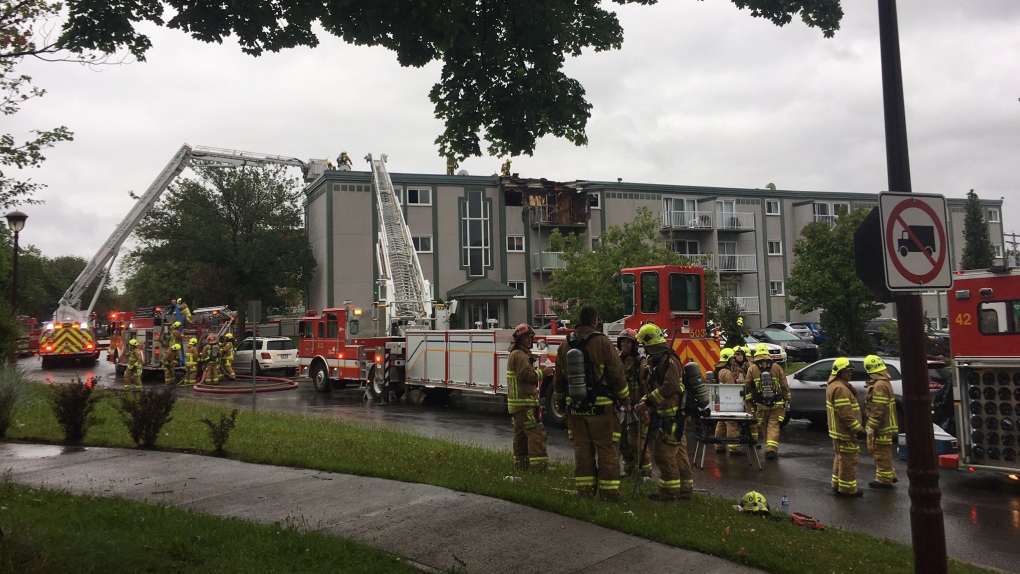 An accidental fire started by a vat of cooking oil prompted 50 firefighters to respond and evacuate a building in Quebec City on Saturay, Aug. 29, 2020. SOURCE: SPCIQ/Twitter

QUEBEC CITY -- A vat of cooking oil has been identified as the source of a fire in a 36-unit apartment building on Saturday in Quebec City.

The blaze started around 3:50 p.m. in one of the apartments in the four-storey building on Rousseau Ave., in the Vanier area.

An occupant of the burnt down dwelling set off the fire alarm, thus alerting the other tenants.

One person climbed down from a balcony before the firefighters arrived, but was not injured.

About 50 firefighters responded to the fire, which was limited to the unit on the upper floor where the kitchen fire started.

"The flames were limited to the burned-out dwelling, but the smoke and heat damage is significant in the top-floor corridor and at least four other units," said fire department (SPCIQ) spokesperson Alexandre Lajoie.

Firefighters evacuated the building during their intervention.

No one was injured, but around 10 people were taken in by the Red Cross.

The fire department's investigation confirmed that the fire was "of accidental origin," and that it is linked to a cooking fire and a pot of oil.