Dagher, who is Lebanese, is the first person of colour to take on the role.

He has pledged to promote community outreach and prevent racial profiling at a time when trust in the SPVM is low among minority communities.

He discussed his goals in an interview with CTV Montreal anchor Mitsumi Takahashi.

Watch the video above for the full interview. 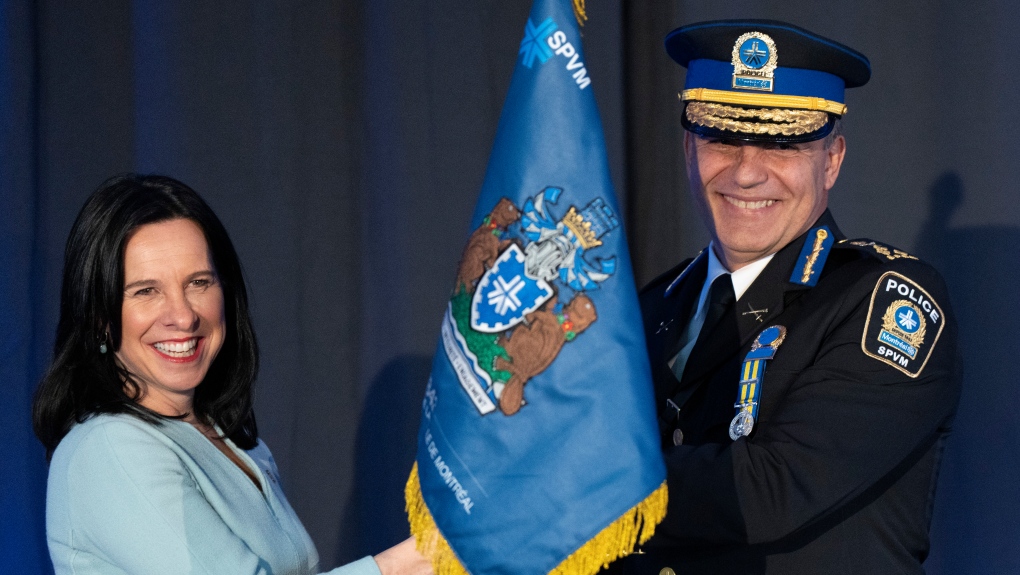 CTV: Many of the minority groups here in Montreal say they don't trust the police. They've been told before that things will change. So why should they believe it's going to be different this time?

Dagher: Well, I'm going to give everything I have to make sure that things will change. I've been working on issues of trust with the community for so many years. We did have some success; we did have some failures.

I think we're going to need, from both sides, patience, trust and courage. To come in with humility, openness. I'm sure we're going to find some solutions.

Is it going to be perfect? I don't know. But one thing is for sure, and trust me: I'm going to do my best to get closer and closer to the community and make sure that the trust comes back and try to build these bridges between the police and the community.

It's one of my causes. I've been doing this for the last 30 years.

CTV: You talk about the trust issue, but people are bound to be wondering: Who do you serve? Should there be a conflict between the police and the community, which group would take priority for you?

When I came in in 1990, compared to where I am now in 2023... The criminal issues are still happening, but the social issues -- the distress of the people, mental health -- are extremely complex, and police officers are facing this daily. And we don't have the right tools to be able to face the complexities. And sometimes, we are judged so fast by the public, the community and the media.

I can't do this alone. I need my team with me, and I need the community with me. We need to be all together. Because there's no way that Fady Dagher is going to be able to accomplish that kind of mission on his own. I've been doing this in Longueuil, and it worked well.

CTV: You're known for being very innovative, you have a lot of new ideas for policing. But you also know that police culture can be very difficult to change. Do you think you can get all your officers behind you?

Fady Dagher: To get everybody behind me, it's going to take a while. But starting to identify the ambassadors, that's going to happen very soon.

Yes, you're right, the culture's pretty close and we protect each other. But also, many of us want to open up to the community. So, it's about finding the right rhythm inside the police, getting more good ambassadors.

Doing policing the old way, it still works sometimes, but not all the time. So we have to be able to combine the two cultures: the combattant du crime, and the police de concertation. Both of them have their role.

Think about all the shootings that have happened in Montreal -- there's no way I'm going to be able to work only on prevention. We're going to need some repression. We have to find the right balance between the repression and the prevention.

CTV: If you could point to one thing wrong with the relations between the SPVM and the communities it's supposed to serve, what would you say that is?

CTV: For the cultural communities and minority groups that are watching you now, what is your message to them?

Dagher: Give us a chance. Hope. Let's slowly, slowly build the trust. It's going to take time. I don't believe that, because I'm here, it's going to be changed tomorrow. But I believe -- and I felt it, and I went through it in a different department of Montreal and Longueuil -- that this really works when we sit together. Give me a chance, me and my team.

This interview transcript has been edited for clarity and length.