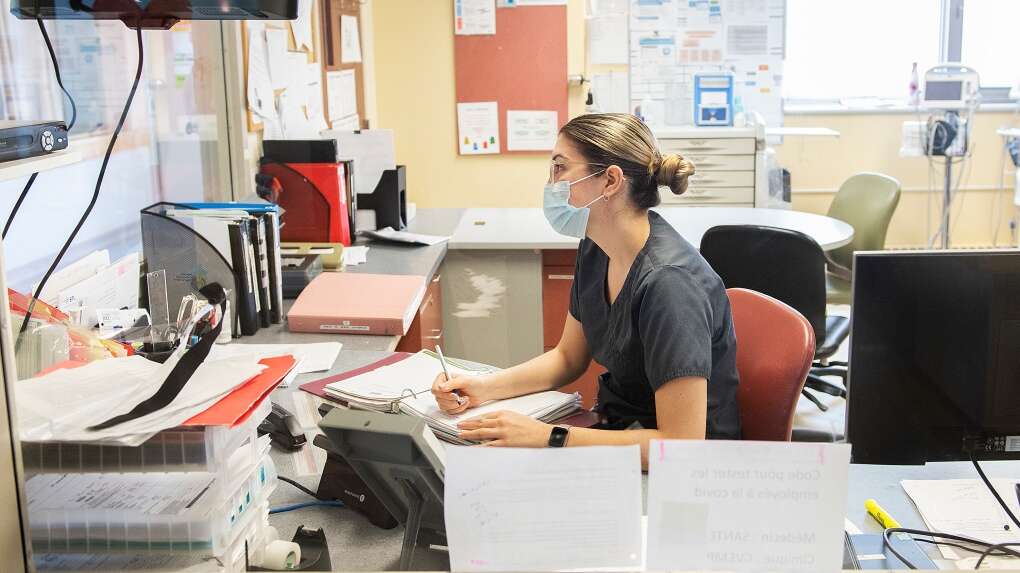 As was seen during the height of the COVID-19 pandemic, Quebec public health professionals are considering using pressure tactics to speed up the renewal of their collective agreement.

The 450 professionals are members of two unions affiliated with the Centrale des syndicats du Québec (CSQ), who work at the Public Health Laboratory and Quebec Institute of Public Health (INSPQ).

In an interview on Tuesday, Syndicat des professionnels de la santé publique du Québec president Étienne Pigeon explained that because of the pandemic, members agreed to postpone negotiating their collective agreement. But as a result, their salaries have not increased since.

"The most important thing is that we took it upon ourselves to delay bargaining, thinking that with the services rendered by our members and the overtime that was done during the pandemic, and all the sacrifices that were made, that there would be some recognition that would come from management and Treasury Board," said Pigeon.

"But it seems that there has been little recognition so far. So, we hope that in the coming weeks, there will be a happy development, because right now, I wouldn't say that we are at an impasse, but let's just say that it is taking longer than desired to conclude these negotiations."

For the time being, the public health professionals are resorting to light "visibility" means, such as messages on their wallpaper during virtual meetings or by changing their email signatures.

However, they say they are prepared to seek a strike day mandate from their members if bargaining is not successful in the next few weeks.

Negotiations have not broken down between the parties.

This report by The Canadian Press was first published in French on Sept. 27, 2022.