Opinion: Why was there not a fair share of climate responsibility in COP26 negotiations? 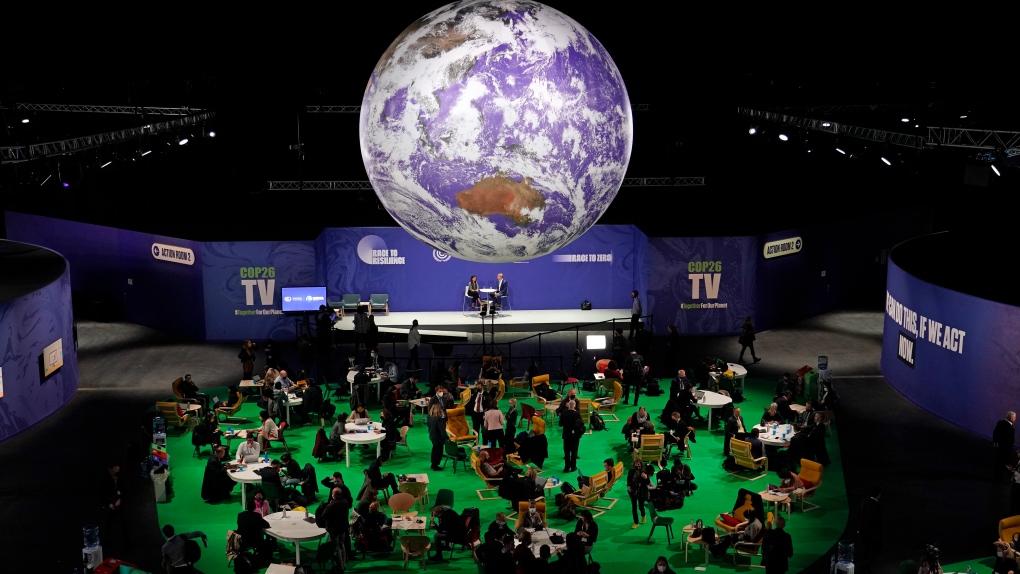 Delegates gather inside the venue on another day at the COP26 UN Climate Summit in Glasgow, Scotland, Nov. 3, 2021. (AP Photo/Alberto Pezzali, File)

MONTREAL -- The COP26 was a windstorm of events. Impossible to keep up with the vast array of parallel activities, both inside and outside the COP26 venue, from youth talks and panels, to city manifestations and protests, to presentations from heads of state, and to exhibitions of research, policies and ongoing urban transformations in various parts of the world, all wanting to be seen and heard.

Even if some world leaders claimed that the outcome was a success, for many others, it was not only lacklustre, but disappointing, especially for those participating in the People’s Summit.

What is clear for all is that getting to the 1.5-degree target has very direct impacts on people around the world and these are being felt massively, so the urgency is now unquestioned.

Reducing greenhouse gases is not only about reducing fossil fuels extraction and use. It is about preserving biodiversity, since the health of the world depends on it - it lowers risks associated with the vast emissions of GHGs in the atmosphere while also supporting human health.

It is no surprise that so many protests were related to the health impacts of mining, toxic waste, oil drilling and climate disasters outside COP venues, as part of the Peoples’ Summit.

The party leaders and negotiators promised some emission reductions from fossil fuels, but the oil and gas lobbyists run their own show at COP.

What can we expect from oil and gas companies – what kind of expectations can we envision in their alignment to their government’s positions? Let’s remember that the lobby group of fossil fuels is larger than any country delegation at COP26. This dependence on fossil fuels is not only making it impossible for the pathway to the 1.5 scenario, but it is creating social injustices and deep inequalities from their extraction to their use.

Tackling fossil fuels must however be done fairly, as at the moment the world is on track to produce more than twice the fossil fuels for the 1.5 scenario.

The question of fair share could have been a key point of debate during the pledges and negotiations. Rather, what we saw was that countries’ pledges to reduce their production of oil and gas, or extraction of coal – dependence on fossil fuels, is inconsistent with their budgets to transition away or even to adapt to potential and actual climate change disasters. Is it not fair to ask those that make the mess, to clean it up, proportionately?

A fair share index, which can be simply described as the relationship between a country’s dependence of their economy on fossil fuels compared to their financial capacity to transition away, helps better understand which countries should be the first to phase out. Developed countries fell short in their pledges while developing countries have tried to be mostly compatible with the 1.5 scenarios.

Leadership to transition away from fossil fuels is an urgency for all, but it is the 20 wealthiest countries that are producing around 75 per cent of the global emissions. Not surprising that the seemingly cautious optimism from the leading parties in their pledges just midway through COP26 shifted into overall despair in the final hours of negotiations. They have taken their share of the profits and benefits, but when do they get to pay for the externalities that result from the exploitation needed to keep their economies rolling. This is why fair share should be a premise for the promises made to financially compensate for the recovery of communities devastated from climate disasters and help them on their transition to cleaner energy.

During much of the two-week span, we heard a lot about the problems and pledges of nations. Adaptation has to happen at the community level. The community needs to learn how to adapt – this is resilience – and developing countries are the most in need since they see the devastation. Voices critical to our future are being lost in the conversation and local communities and their knowledge is being sidelined.

The gap between problems, pledges, people, plans, and pathways needs to be deeply considered by world parties. Very little was heard about how people will learn to adapt, what overarching plans will be put in place to build for both community and climate change resilience, and how to draw out these pathways of solutions.

COP26 was about agreeing to action. But how can the impact of an action be compared across the board – from countries with very little financial resources to the wealthiest?

What if COP26 was not only about presenting problems and pledges, but rather understanding how people, plans and pathways can move the climate agenda clearly forward, using the premise of a fair share of climate responsibility.