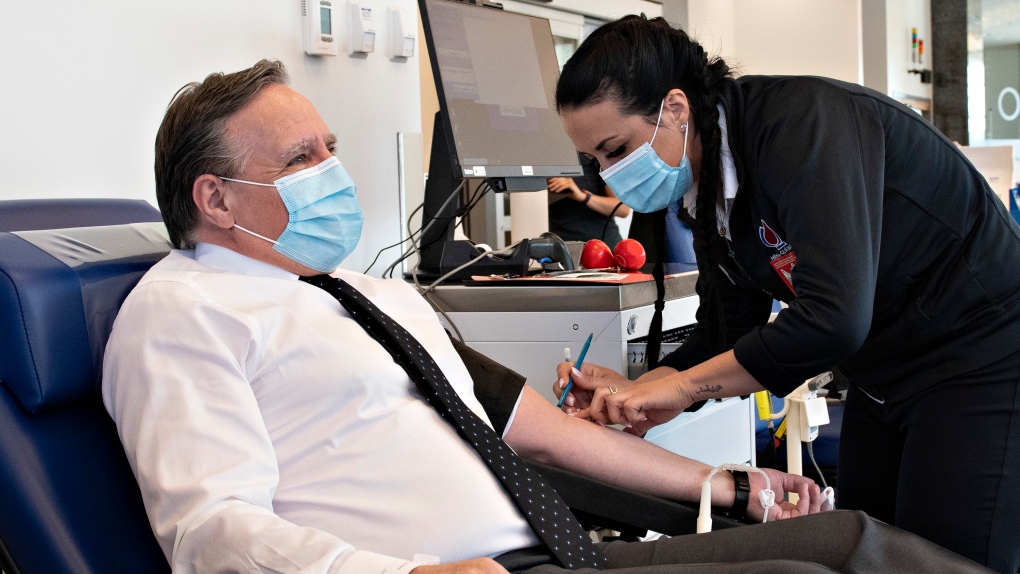 Quebec Premier Francois Legault prepares to donate blood at Hema-Quebec to promote it during the COVID-19 pandemic, Tuesday, June 9, 2020 in Quebec City. THE CANADIAN PRESS/Jacques Boissinot

MONTREAL -- Quebec public health authorities announced Saturday that a total of 53,824 people have tested positive for COVID-19 and 5,195 people have died.

That's up 47 from the 5,148 deaths reported Friday. Authorities said 16 deaths were recorded in the past 24 hours, and 31 occured before June 5.

Positive cases of the novel coronavirus rose by 158 Saturday, marking six straight days where the number has remained below 200.

The number of hospitalizations dropped by 52 Saturday with 788 patients currently being treated for the virus in Quebec's hospitals. Of those in the hospital, 102 patients are in intensive care, five fewer than 24 hours ago.

Authorities said 458 more people have recovered bringing that total to 21,281.

(Quebec reports its daily testing figures from two days prior).