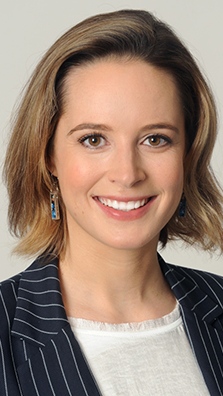 Amanda Kline is the anchor of CTV News Montreal’s weekend newscasts, a role she took over at the beginning of the pandemic in May 2020.

Amanda started reporting on a freelance basis at CTV Montreal in 2016 when she also worked as a researcher, assignment editor and later, fill-in anchor.

Before joining CTV Montreal she worked in Toronto as a breaking news producer, a reporter at City Life (a current affairs show on MAtv), and a reporter and producer at CJAD 800.

She holds a Master of Journalism from Ryerson University and a Bachelor of Arts in Communication Studies from Concordia University.

Amanda has been on the front lines of some the biggest breaking news stories in the city, including the COVID-19 pandemic, the climate march that drew hundreds of thousands of people to Montreal and the spring floods in 2017.

Although difficult these days, pre-pandemic Amanda, emceed and moderated various panels at Concordia University, one of her Alma Maters.

Amanda was born and raised in Montreal’s West Island, and now lives in the city with her boyfriend and pup Lucy.

She loves to travel, cycle and watch the seasons change atop Mont Royal.