Montrealer helps discover an exoplanet the size of Neptune 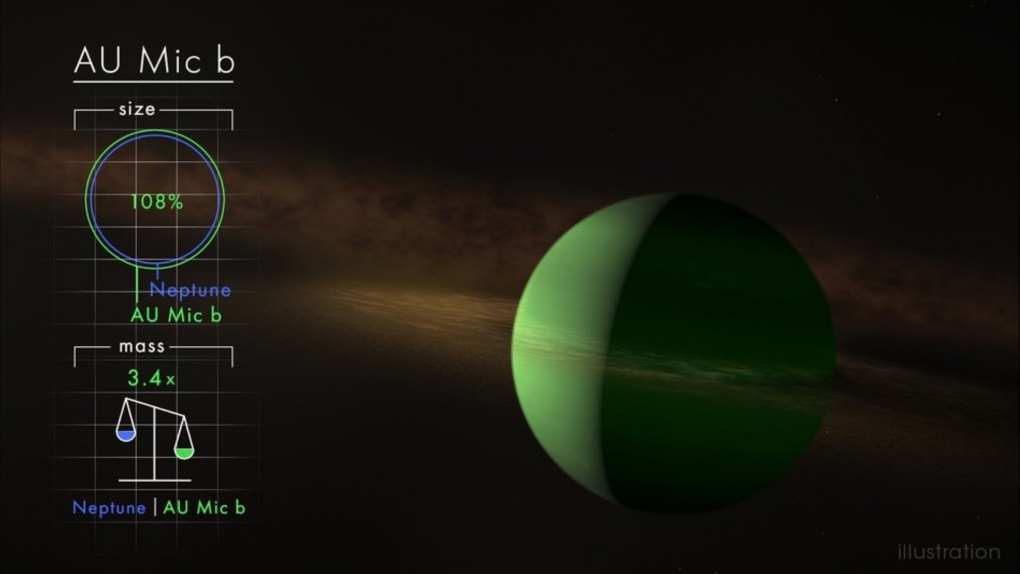 Artist's rendition of AU Mic b, a planet similar in size to Neptune, but possible more massive (at most 3.4 times the size of Neptune, according to ground observations). Credit: NASA Goddard Space Flight Centre. (CNW Group/Espace pour la vie)

MONTREAL -- Astrophysicists discovered a planet the size of Neptune near a star they have been studying for decades - and a Montrealer helped find it.

Jonathan Gagné, a scientific advisor at the Montreal planetarium, participated in observations and data processing that led to finding the planet.

A star called AU Mic – located about 32 light-years from Earth and estimated to be between 20 million and 30 million years old – was found in the 2000s to still be surrounded by debris caused by its formation. Since then, astrophysicists have been trying to locate planets in its surroundings, since debris is where they form.

"AU Mic is a small star, with only about 50 per cent of the Sun's mass," Gagné said in a statement. “These stars generally have very strong magnetic fields, which make them very active. This explains in part why it took nearly 15 years to detect the exoplanet, called AU Mic b. The numerous spots and eruptions on the surface of AU Mic hampered its detection.” 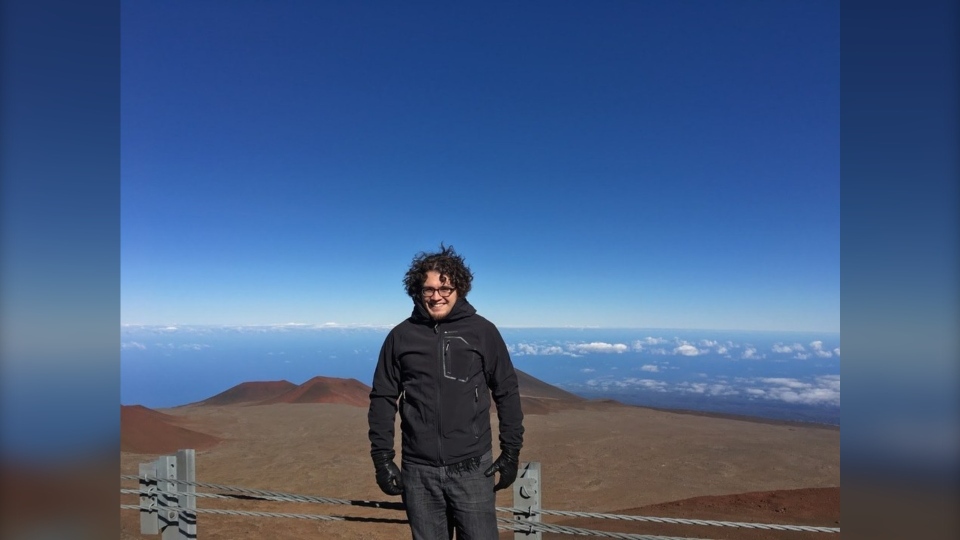 Jonathan Gagné at the summit of Mauna Kea, where astrophysicists have been making observations since 2010 at the NASA's Infrared Telescope Facility (IRTF) to find planets around AU Mic. Credit: Jonathan Gagné (CNW Group/Espace pour la vie)

The debris surrounding the star also made it difficult to spot the planet, Gagné said.

In 2010, a group began observing the star using an infrared telescope, hoping they would be able to spot planets as it is easier to see through the star’s activity in infrared light.

A few years after Gagné joined the team, during his doctoral studies, the group was made aware of the possible presence of a planet around the star.

“We noticed a possible periodic variation in the radial velocity of AU Mic,” Gagné said.

Planets pull at their host stars when they orbit, causing them to move slightly. The motion can be detected from Earth, but doesn’t necessarily indicate the presence of a planet – so even though the researchers knew it was possible one existed, they wouldn’t know for sure until the “transit method” was used.

A "transit" is when a planet travels directly in between its host and the observer, hiding a small fraction of the star’s light. Astronomers were able to observe two transits of AU Mic b during NASA’s “Transiting Exoplanet Survey Satellite” mission in the summer of 2018, and two more using one of the space agency’s telescopes the following year. 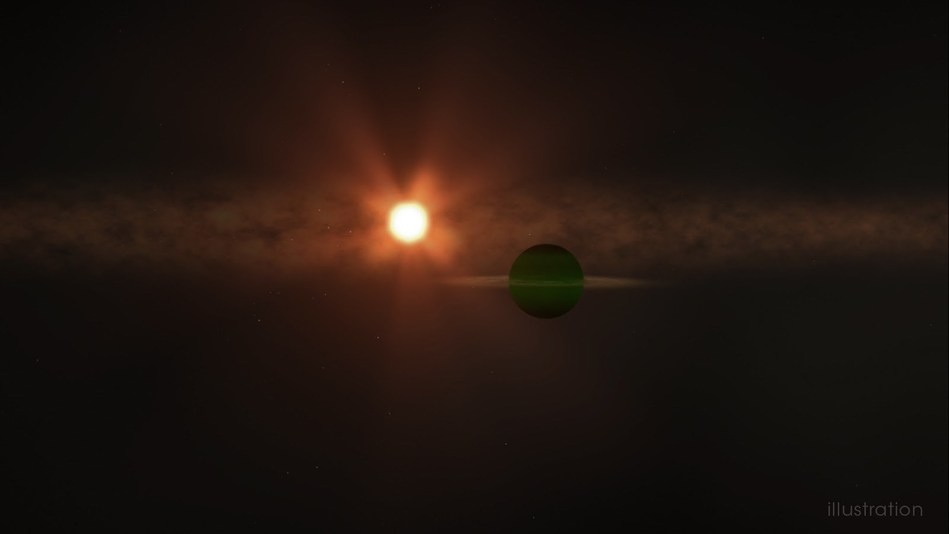 These observations also allowed scientists to determine the size of the planet as well as how often it passes in front of its star, which is every 8.5 days. They suspect its mass to be just under 3.4 times that of Neptune, which translates to about 58 times that of Earth.

Detecting exoplanets is difficult, scientists say, in addition to being rare – but AU Mic’s proximity to Earth makes it appear brighter. They’re using an instrument called the Spirou spectrograph to observe it.

“This instrument, with its polarimetric capabilities, will allow us to better distinguish the effects of stellar activity, which are often confused with the signal from the planets," said Étienne Artigau, a project scientist at Université de Montréal, in a statement. "This will allow us to determine the mass of AU Mic b accurately and to know if this exoplanet is more like a large Earth or a Neptune twin."

Spirou can also be used to detect the planet’s atmosphere.

Scientists plan to study AU Mic as well as other stars in its formation that have known planets, to see how they evolved differently despite both systems having common characteristics.