Montreal will begin cleaning its streets and filling potholes Tuesday 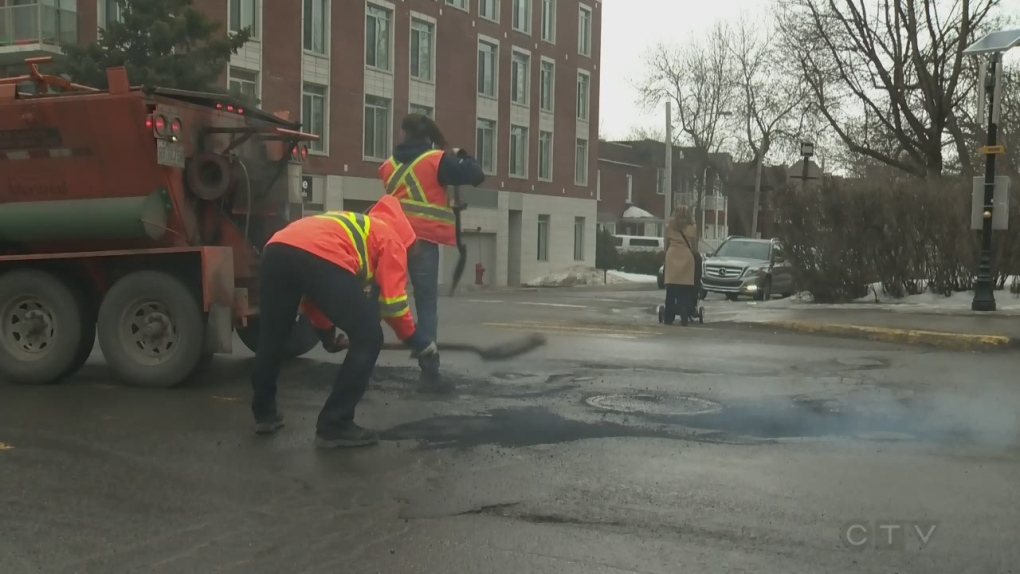 Cleaning crews will first tackle major arteries such as Rene-Levesque Blvd,, Sherbrooke St, and Papineau St., as well as sidewalks and bike paths, the city said.

They will turn their attention to smaller streets as of May 1. The city had postponed parking restrictions for street-cleaning purposes - which would have normally been in effect as of April 1 - until May 1 due to the COVID-19 pandemic.

Pothole filling operations will also begin Tuesday, weather permitting, the city said, noting that potholes cannot be filled if the roadway is wet or too cold.

The street-cleaning and pothole-filling operations will be conducted while respecting the COVID-19 orders and directives issued by Montreal's public health department, the city added.

The city is asking residents to call 311 or use the Montreal Service app if they would like to report any potholes to the city.