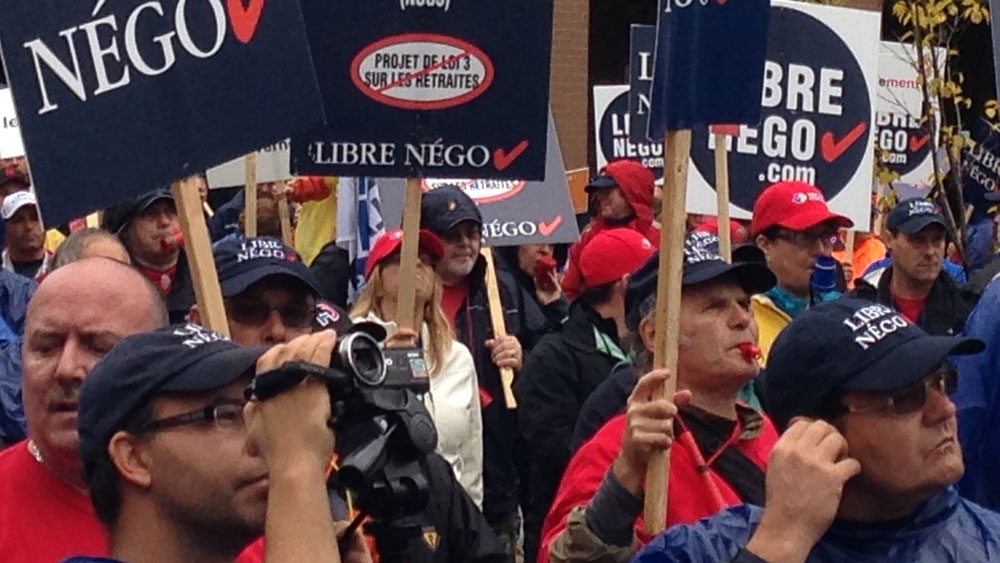 Bill 3 protesters met outside a Liberal council meeting in Trois-Rivieres this weekend.

Montreal and its workers are seeking to negotiate an agreement on new pension plans.

The city claims pension plans are $1.9 billion in deficit.

Under Bill 3, cities across Quebec are required to work out new pension plan arrangements in which employees and the city will contribute equally.

Bill 3 will force unionized municipal union workers to contribute more to their pension plans, by paying more in the next few years to make up the approximate $4 billion in shortfalls, then setting long-term contribution rates of 50-50 between employees and municipalities.

Unions argue their contribution rates have been negotiated in previous contracts and it is unfair to arbitrarily change them.

“It's to respect the capacity of taxpayers to pay, it's also to make sure that we're protecting that pension plan policy that we cherish,” said Coderre. “Everybody has to do their share.”

The unions say there seems little room for negotiation.

The unions will announce their plans at the end of the month.

Negotiations are set to begin on Feb. 1.