MONTREAL -- Montrealers who took the change in weather as a sign to head out to parks across the city were reminded by Montreal police vans and bike patrols that physical distancing measures remain in place in the city.

“You are ordered to maintain a minimum distance of two metres between each of you except for members of the same family who stay in the same place,” rang out the warning from a loud speaker attached to the top of an SPVM van that drove along the Lachine Canal Saturday afternoon.

“Refusing to comply with this order will result in a fine ranging from $1,000 to $6,000. Thank you for your contribution to limit the spread of COVID-19.”

Similar vans were spotted at other parks and recreational areas in the city prompting a slew of social media posts and comments. 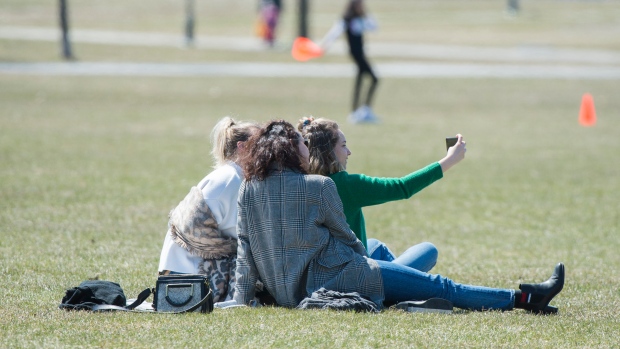 Bergeron said there were no major incidents with police Saturday, and that most are respecting distance guidelines and some are even policing themselves.

As of April 20, the SPVM had handed out 1,448 tickets for violations of public health laws related to the COVID-19 crisis, while the SQ handed out 1,156 up to the same day.

Both policing agencies will announce their new numbers Monday.