A formal plan to eliminate the use of overflow beds in Lakeshore Hospital's emergency room has been significantly delayed because the ER is just too crowded with patients, CTV News has learned.

Health-care professionals say the setback is a sign of a larger problem plaguing not just the ER at the hospital in the Montreal suburb of Pointe-Claire but others across the province, putting patients at risk.

They say the use of the beds — a practice deemed unsafe by the government — is problematic because they cause the ER to be crowded, and they lack proper equipment, like oxygen gear and call bells for patients to use in the case of an emergency.

The overflow beds, or stretchers, can be found next to regular ER beds, in the hallways, or in any other space the hospital can squeeze them in.

According to an August 2022 memo from the head of the Ouest-de-l'Île-de-Montréal regional health board, obtained by CTV, the plan was supposed to be wrapped up by December, less than two weeks away, in a six-step roll-back of the beds. 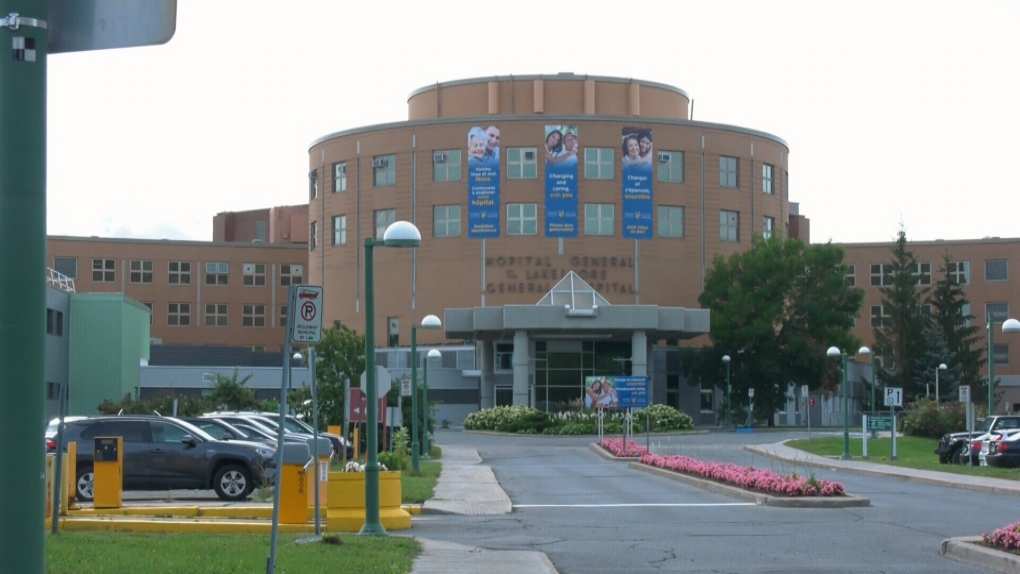 One employee working in the ER said the practice puts patient safety at risk. The employee, who spoke on the condition of anonymity due to fear of reprisals at work, said the overuse of the stretchers creates blind spots because nurses often don't have proper visibility of their patients.

It's "frustrating" to work in a place that management knows is not safe, said the employee.

Between April and the end of October, 18 of the stretchers were supposed to be eliminated but are still in use, according to the Quebec nurse's union, the Fédération interprofessionnelle de la santé du Québec (FIQ). Another two are supposed to be gone by Nov. 30.

However, hospital overcrowding is slowing things down.

"Due to the high occupancy rate in the ER, the removal of stretchers has been delayed for a few weeks to ensure we can meet the high demand," confirmed Hélène Bergeron-Gamache, a spokesperson for the CIUSSS de l'Ouest-de-l'Île-de-Montréal, in an email.

"Several projects are underway to improve the flow of traffic in the ER. These will allow us to ensure optimal use of beds and move patients to the floors as soon as their situation allows. Our priority is always to ensure the health and safety of our patients."

Bergeron-Gamache said the last phase will be completed in January, but her statement did not explain how that new deadline will be met or which projects are underway to help the ER crisis.

The use of the stretchers was cited as one of several concerns in a 317-page mediator's report that called for the practice to be "permanently discontinued" at Lakeshore. The report by independent expert and nurse Marie Boucher called the situation in the hospital's ER a "ticking time bomb" because of staffing shortages.

"We are asked to close [the overflow beds]. But that's impossible a lot of times because there are too many patients. We run an emergency room and a medical unit at the same time," said one health-care professional who was interviewed as part of the report.

The plan to phase out the use of overflow stretchers, approved last spring, was put in place after officials from Quebec's health ministry visited the hospital in June 2021 and again in April 2022 and cited safety concerns associated with the overuse of stretchers, including "non-compliance with infection prevention and control guidelines" and "failure to monitor and track the health status of users," according to the Aug. 23 memo.

Other red flags include breaching patient privacy and "dignity" since there are no curtains separating patients on stretchers.

"The institution and all the clinical departments agree with this recommendation and plan to remove the stretchers from the emergency room as soon as possible. We recognize that any change in practice can be a challenge for teams, which is why we have chosen to proceed in phases," wrote interim president and CEO of the CIUSSS, Najia Hachimi-Idrissi, in the memo.

Like so many others in the Montreal area, the hospital has been operating over capacity regularly, and there is no indication that the situation will improve soon.

On Wednesday morning, Lakeshore Hospital was at 181 per cent over capacity. Children's hospitals are also overwhelmed. Last Friday, the Montreal Children's Hospital was operating 167 per cent capacity in the ER.

Last Thursday, the ER at Montreal's Jewish General Hospital was at an estimated 200 per cent capacity.

UNION HOPEFUL THERE WILL BE NO MORE DELAYS

Quebec nurse's union, the Fédération interprofessionnelle de la santé du Québec (FIQ), said it was disappointed but not surprised that the phasing out of the overflow beds is not happening according to plan. 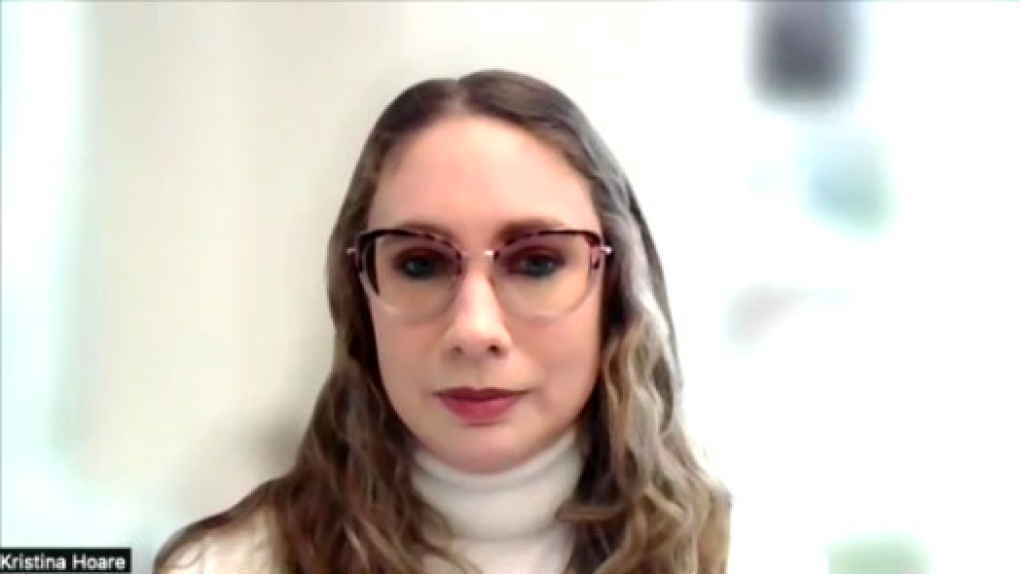 The union regularly brings up nurses' complaints about the stretchers to the CIUSSS "to make sure that the beds do get closed or removed as soon as possible because it is dangerous to not only our staff, but to the population," said Kristina Hoare, a nurse and spokesperson for FIQ, in an interview.

"They mentioned quite often that they feel like… the patients are missing dignity," Hoare said. "They don't have curtains. Confidentiality is thrown out the window when you're in a bed in the middle of the hallway of the hospital where everybody can hear the conversation you're having with a doctor."

Sterile procedures are also an issue, she added.

"There's not very much space to do the sterile procedure if you're in a bed working with a patient that's in a bed in the middle of a hallway," she said.

Nurses also raise concerns about the extra equipment surrounding the beds, such as oxygen tanks and commodes, that sometimes clutter the ER and interfere with patient care.

The FIQ hopes the regional health board will continue to prioritize the plan and move it forward by the New Year.

"We do understand that sometimes not everything goes to plan," said Hoare. "But this is a recommendation from the minister. And it's something that needs to be taken seriously and done as soon as possible with not too many delays."

'IT'S A RECIPE FOR DISASTER'

A senior emergency room physician who works for another hospital in Montreal told CTV that corridor medicine has become an "epidemic." The problem is not just in Quebec but across the country, he said, long before COVID-19 came into the fold, adding that overflow bed issues in the ER are not unique to Lakeshore.

"It's not uncommon to walk into a shift and to inherit a department that has almost double its design capacity with patients in areas that I didn't even know existed before," the doctor said in an interview Monday about his workplace.

On the front lines, that means nurses are caring for more patients than they should be caring for, and patients with mental health issues are sneaking out of their rooms and not being found until much later because they're not properly monitored, he said.

The veteran ER doctor, who also requested anonymity because he feared it would jeopardize his job, said the province needs to keep the system from drowning. It can do that, he said, by making it worthwhile for health-care workers to stay in the profession, not just with better compensation but also with healthier working conditions.

Until then, the perfect storm of understaffed ERs and high volumes of patients, he said, creates an environment where nurses can make mistakes by no fault of their own.

"You've got nurses who are the lifeblood of the department, who are stretched beyond the breaking point. Bad things are inevitably going to happen," said the doctor. "It's a recipe for disaster."

Defence attorneys for actor Alec Baldwin are seeking to disqualify the special prosecutor in the case against him stemming from the fatal shooting of a cinematographer on a New Mexico film set.