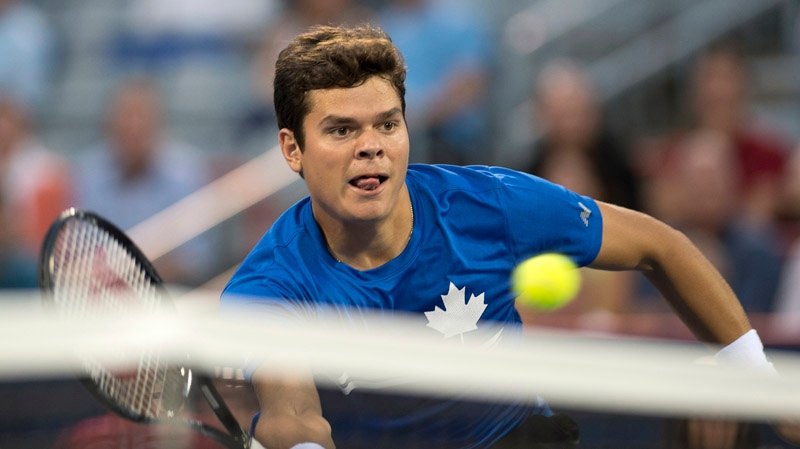 Canada's Milos Raonic goes up to the net to return to Mikhail Youzhny from Russia during second round of play at the Rogers Cup tennis tournament Wednesday August 7, 2013 in Montreal. Raonic won 6-4, 6-4. THE CANADIAN PRESS/Paul Chiasson

It won’t last long, however. Raonic, 24, will slide down the rankings as he misses action due to surgery to deal with a pinched nerve in his right foot.

Tomas Berdych and Kei Nishikori will leapfrog him in the rankings with their participation in the upcoming Rome tourney. Raonic could slip to as low as eighth after the tournament ends next Sunday.

Raonic is expected to be out 10 to 14 days and it is unknown whether he will play in the French Open which kicks off May 24.