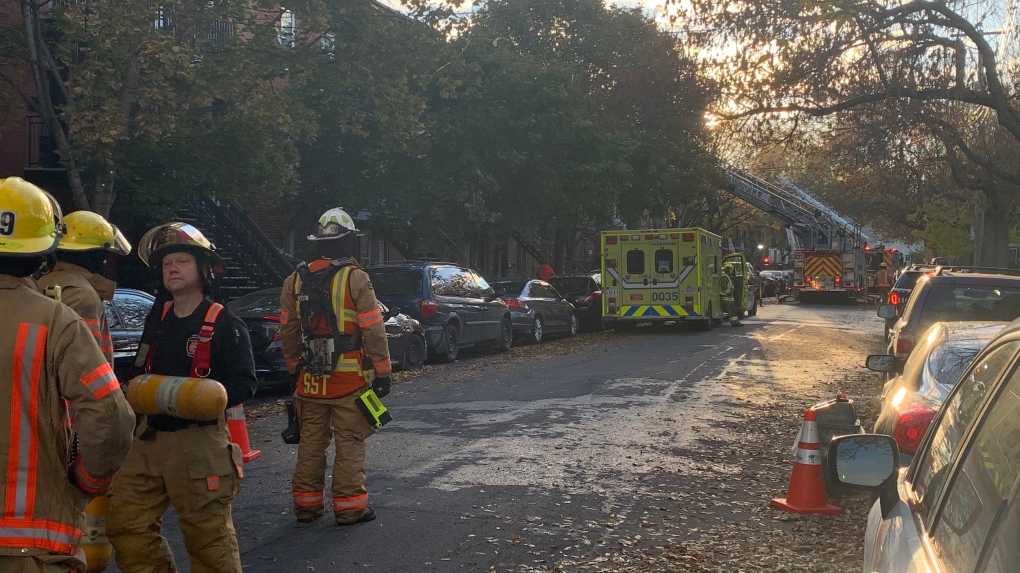 A fire in Montreal prompted buildings to be evacuated leaving a dozen families out of their apartments Oct. 11, 2020.

MONTREAL -- An intense building fire forced the evacuation of a dozen families in the Sainte-Marie district in Montreal.

No one was injured, according to the authorities on Sunday morning.

The Red Cross took care of 12 affected families, and 125 firefighters were still at work Sunday morning to fight against the blaze.