A large fire left stretches of brush south of Montreal burnt to ashes as firefighters hosed down fields to contain the blaze.

Fortunately, there were no reported injuries. The fire, while enormous, was contained to an area of undeveloped land, according to local authorities.

The blaze began at around 2 p.m. Sunday near Ile Saint-Bernard, launching plumes of smoke into the air visible from nearby roadways.

The fire drew a small crowd of onlookers, including 14-year-old Stella Wilson, who had been driving with family to visit a garage sale.

"And then, I saw in the sky there was a huge cloud of smoke," she told CTV News. "At first, I thought it was from a storm." 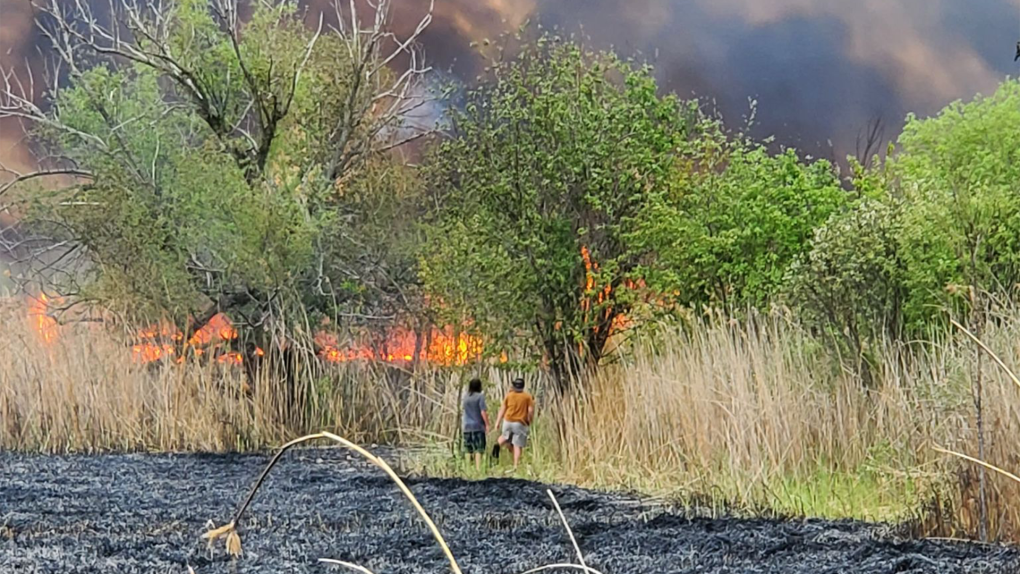 When they got closer to the blaze, Wilson estimated the flames had spread to an area larger than a football field.

Firefighters were able to get the fire under control in a matter of hours.

Authorities say that the blaze was all but out by around 5:30 p.m.

The cause of the fire is unknown, but it's unlikely to have started due to criminal activity. 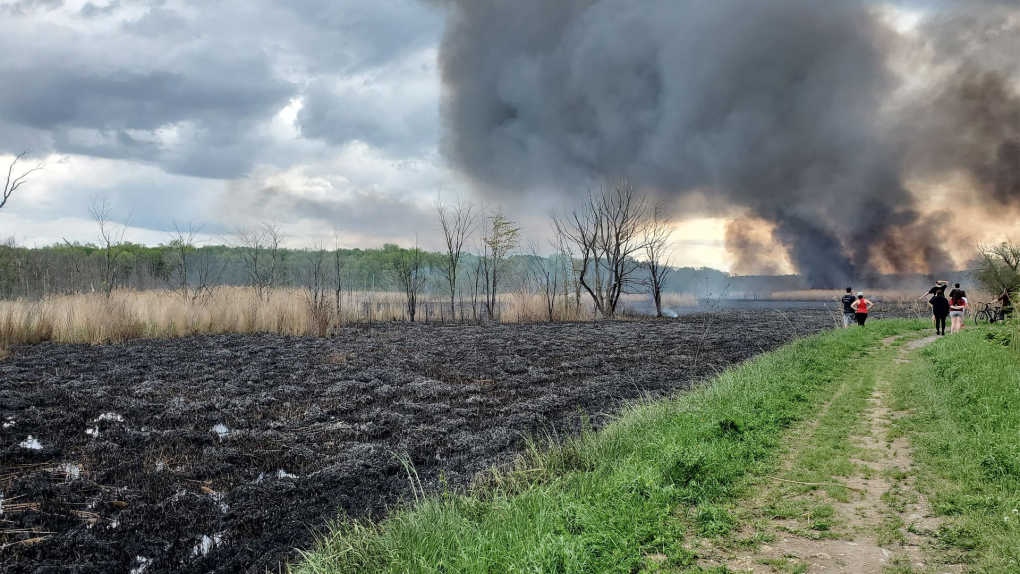 Local authorities say the fire, which erupted south of Montreal Sunday afternoon, was under control in a matter of hours (Photo courtesy of Corey Wilson).