It was heralded as one of Quebec City's earliest fortifications, but was it? 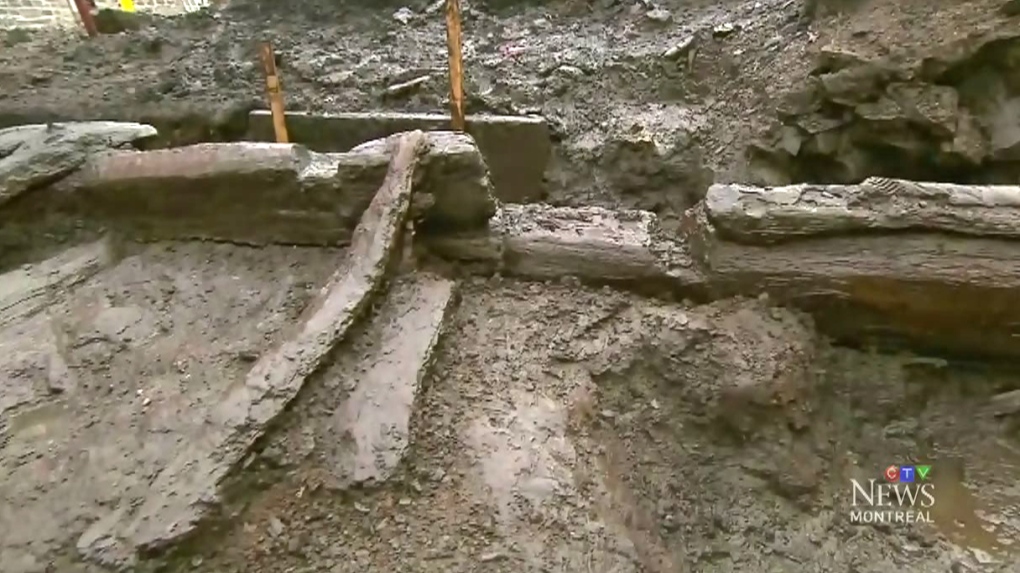 An ancient wooden wall has been found in Quebec City

MONTREAL -- It was heralded in 2018 as a major historic find: a 15-metre segment of a wood palisade, built in 1693 by French troops and settlers to protect against attacks from British and Indigenous groups.

But now it's the subject of an academic debate after an expert suggested that the structure believed to be part of one of Quebec City's first fortifications is not nearly as old as originally believed.

Martin Simard, a tree-dating expert who works at Universite Laval, was asked to analyze two fragments of the wood at the school's lab.

Simard explained in an interview that the climate and growing conditions of each year produce distinctive growth rings with distinctive sizes and characteristics. In a method known as dendrochronology, cross-sections of these rings can be compared to living trees whose age is known to determine the exact year the rings were formed, he said.

In the case of the pieces of wood in question, Simard says the data is clear: one tree was cut down in 1751, and the other in 1775 or later.

Simard maintains he is not a historian or an archeologist, and has no desire to get into a debate over what his findings mean. But he says that while sometimes tree-dating can be inconclusive, in this case the results are "clear beyond a reasonable doubt."

Archeologists made the discovery in 2018 while digging in the mud on the site of a future condo development on Ste-Ursule Street, inside the walls of the old city.

The announcement of the discovery was big news in the provincial capital, with Quebec Premier Francois Legault describing it as an inspiring reminder of the Quebec nation's origins.

Jean-Yves Pintal, who led the dig on behalf of the firm Ruralys, said at the time that the palisade was symbolically important because it represented a kind of coming-of-age for the fledgling city -- the first time France had deemed its new colony worthy of real protection.

In a report submitted to Quebec's culture department last month, Ruralys included the tree-dating study but concluded that the totality of the evidence, including carbon dating, point to a late-17th century military structure.

Dominique Lalande, the firm's director, said there is "no possible doubt" that what they found is the original fortification, known as the Beaucours palisade.

The evidence to support this includes soil analysis and artifacts found on site -- including a piece of a sabre, a musket ball and a shoe buckle likely produced in 1693.

The location of the find and the construction techniques match those in historical descriptions and maps from the time. Carbon dating placed the artifacts somewhere in the 17th century, Lalande said.

"It's not just one specialized analysis that completely undoes all the archeological data," she said in a phone interview, adding that disagreements between specialists are not uncommon and "no reason for panic."

In a statement, Quebec's Culture Department said it had accepted the report produced by Ruralys and judged it to be satisfactory.

This report by The Canadian Press was first published Jan 21, 2019