If a bat gets in your home, protect it, don't shoo it out, says Wildlife Ministry 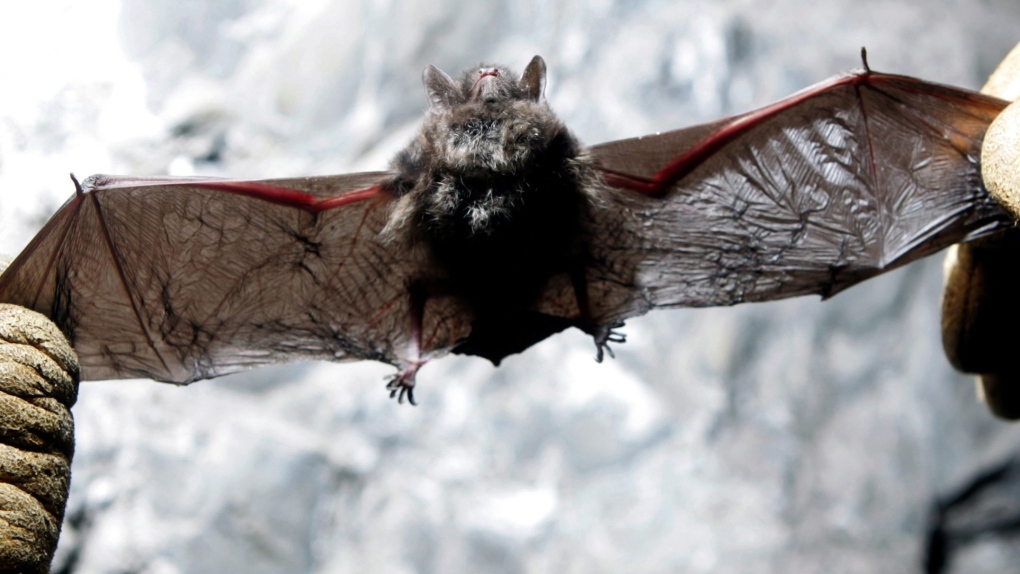 In this Jan. 27, 2009 file photo, Scott Crocoll holds a dead Indiana bat in an abandoned mine in Rosendale, N.Y. (AP Photo/Mike Groll)

If a bat gets inside your home, your first instinct might be to shoo it outside.

Don’t do that, Quebec’s Wildlife Ministry is asking.

The Ministry of Forests, Wildlife and Parks says it could kill the animal, and that it needs the help of Quebec residents to protect the bat population.

The bat population has been declining for about ten years because of a fungal infection that attacks them called white-nose syndrome. This condition is not transmissible to humans.

The ministry said it is abnormal to spot bats in the winter.

Anyone who sees one should not touch the bat and should call the ministry. In some cases, they will be transported to a refuge in the Granby Zoo.