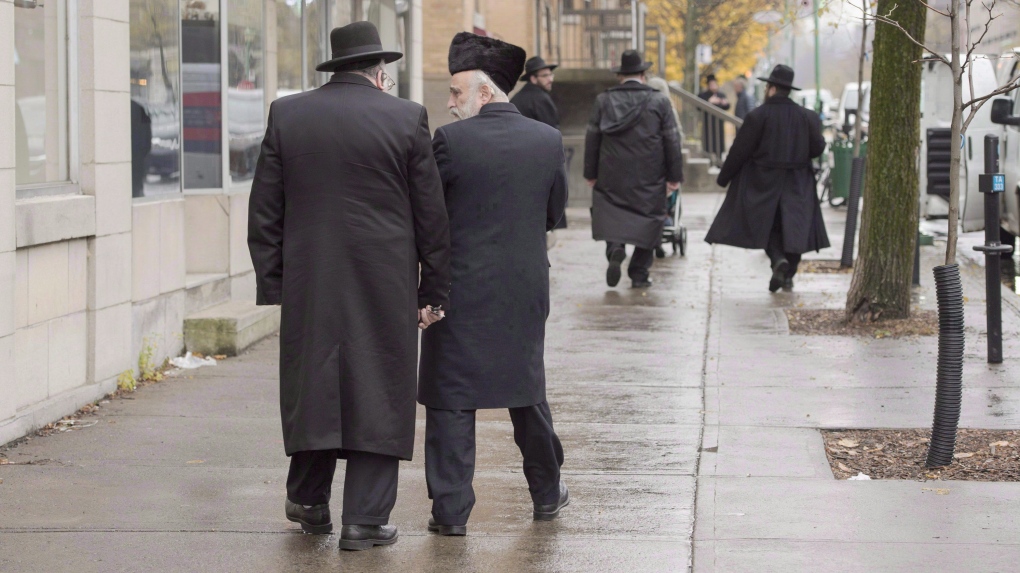 MONTREAL -- The Quebec Council of Hasidic Jews launched a court challenge Friday to the province's COVID-19 nighttime curfew, which it says will impede religious rights after daylight time comes into effect this weekend.

The council says it filed the challenge after the Quebec government did not respond to requests to modify the health measure to meet religious requirements.

Orthodox Jews must offer their evening prayers after dark and the clock change will mean the faithful will leave their places of worship after the 8 p.m. curfew takes effect in "red" zones, such as Montreal, according to the court filing.

"Evening prayer must be held after nightfall, which occurs every day 72 minutes after sunset," the filing reads. "This is a practice followed religiously by the Hasidic Jewish community since time immemorial."

Council vice-president Max Lieberman said a lack of flexibility from the province means that people will be forced to choose between practising their religion or respecting the curfew.

"If it is permitted to walk your dog after the curfew, how can it be maintained that a practising believer, who respects the barrier measures decreed by public health, cannot return home after 8 p.m.?" Lieberman said in a statement.

Quebec is the only province with a nighttime curfew among its public health orders.

In red pandemic-alert zones, the curfew requires people to be indoors between 8 p.m. and 5 a.m. with few exceptions. That curfew begins at 9:30 p.m. in other parts of the province.

"The imposition of a curfew less than an hour before nightfall and eventually after nightfall, considering the progressive extension of the period of daily daylight, constitutes a very serious obstacle to religious freedom of people whose religious beliefs require to attend a ceremony or a group prayer in a place of worship after nightfall," the court filing reads.

It is the second time the council has gone to court to challenge Quebec's public health orders. In February, a judge ruled in favour of the council regarding a 10-person limit per place of worship. Justice Chantal Masse ruled that up to 10 people are allowed to gather in each room of a synagogue to pray as long as each room has a separate entrance to the street.

On Friday, the Quebec government announced that places of worship will be permitted to welcome a maximum of 25 people as of March 26.

Health Department spokeswoman Marie-Louise Harvey said Friday no decisions had been taken on the curfew. "Like last spring, the easing (of measures) will be phased in to prevent any further spread of the virus," she said in an email Friday.

"Regarding the curfew, public health continues to study the issue and as soon as decisions are made the public will be informed," Harvey said.

The Quebec Interreligious Roundtable, which includes representatives from Catholic, Anglican, Muslim and Jewish groups, distanced itself from the legal proceedings launched by the council, which temporarily withdrew from the group to launch its challenge.

The roundtable said in a statement it is "deeply committed to a process of dialogue and consultation with public health authorities and the government for the management of health measures concerning places of worship."