Gabriel Nadeau-Dubois has his day in Supreme Court 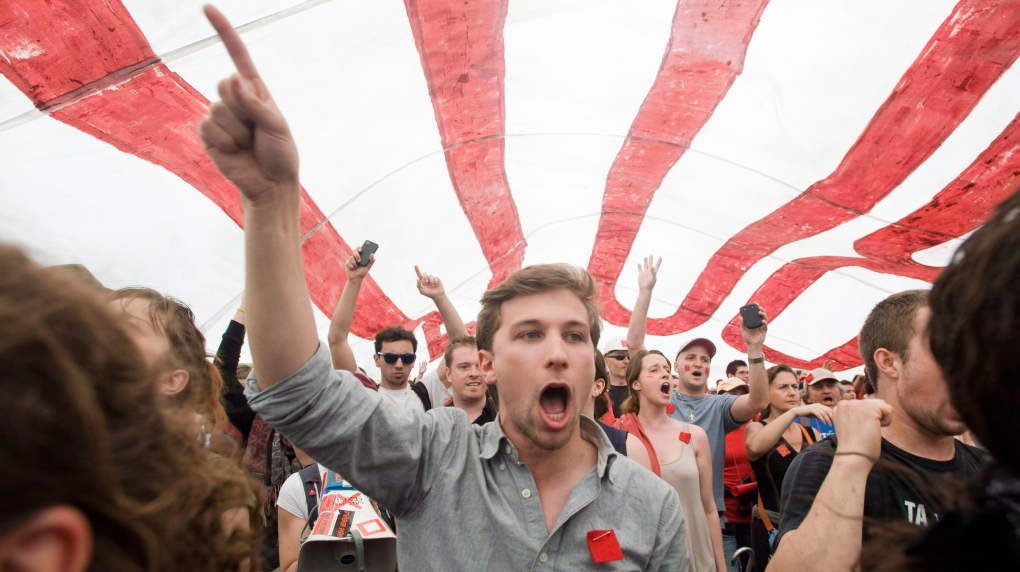 Spokesperson for the CLASSE, Gabriel Nadeau-Dubois demonstrates in Montreal on May 22, 2012. (Graham Hughes / THE CANADIAN PRESS)

Gabriel Nadeau-Dubois has had his day in Supreme Court.

The case involves comments made by Nadeau-Dubois during a televised interview during the height of the 'red square' student protests of 2012 -- and how much leeway judges have to ignore lawyers and make their own assessments of the arguments presented in court.

During the protests, students who opposed the demonstrations that were shutting down classes obtained injunctions to ban protesters.

In the interview Nadeau-Dubois encouraged protesters to form picket lines and prevent students from going to class, even if they had an injunction banning protest.

A Quebec Superior Court judge found Nadeau-Dubois guilty of contempt of court for encouraging people to violate a court injunction obtained by Jean-Francois Morasse, however Quebec's Court of Appeal overturned that decision by saying Nadeau-Dubois's statements were allowed according to the Charter of Rights -- even though defence lawyers never made that argument in court.

The Appeal Court also ruled that the Crown should have determined whether Nadeau-Dubois knew about the injunction -- again, even though Nadeau-Dubois's lawyers never questioned that in court.

The Crown will argue that the Appeal Court judges overstepped their boundaries by ignoring the evidence and arguments made by lawyers, and instead substituting their own assessment of the laws in question.

The Crown is also arguing that it should have been up to Nadeau-Dubois's lawyers to introduce a challenge based on Charter rights, and not the Appeal court judges.

As is customary, the Supreme Court did not say when it expected to deliver a verdict in the case.