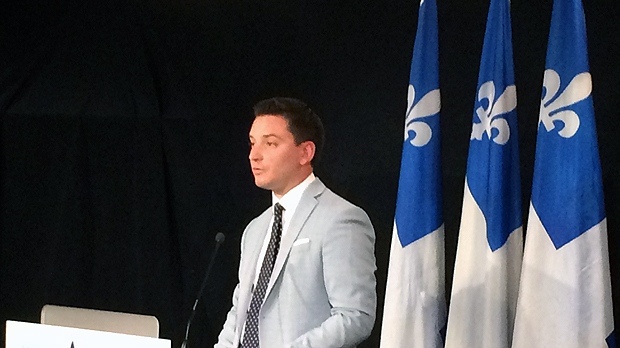 The Ministry of Immigration does not always lead by example in its handling of the French language.

This is what the Canadian Press recently saw when reading a written communication produced by a Ministry of Immigration, Diversity and Inclusiveness service and written in very approximate French.

The Government's Policy on Employment and the Quality of French in Administration, drafted in 1996 and updated in 2011, clearly states that ministries must pay "constant attention to the quality of the French language."

According to government policy, the Quebec government must at all times use French of irreproachable quality.

However, the Ministry of Immigration's Access to Information and Complaints Management Service accompanied its response to a request for access with a cover letter that was clearly written by a government employee with imperfect language ability.

It should be noted that the verb "trouver" should have been in the infinitive and that the style of "des lettres décisions" may surprise the reader.

At the end of the message, the ministry responsible for promoting French for immigrants heralded its "Apprendre le français, c'est gratuit et c'est gagnant" campaign.

It is not possible to know whether the language gap observed was an isolated incident or not.

It is also impossible to know to what extent creative French is tolerated, or even if it has become the norm in communications established between the Department of Immigration and its recipients, clients or others.

Alerted to the situation in recent days, Jolin-Barrette has ruled it "unacceptable."

Through his spokesperson, he said that he took the necessary steps immediately to ensure that the necessary corrective measures were taken so that this kind of error will not happen again.