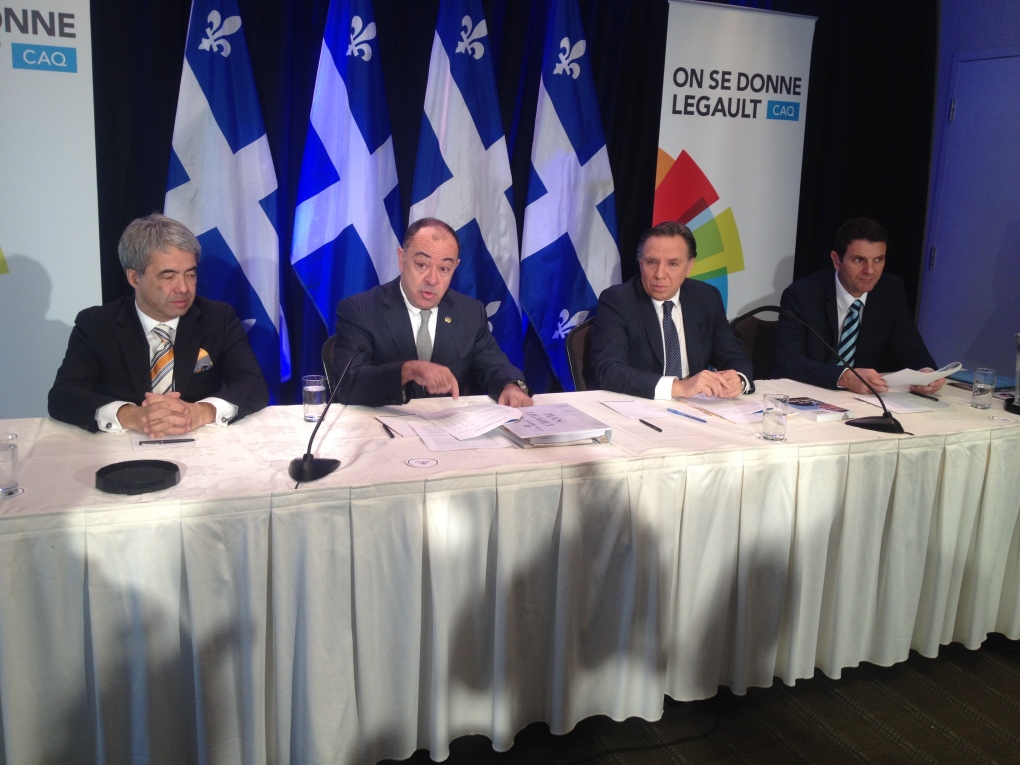 If elected, the Coalition Avenir Quebec would balance the books in the first budget it presents, the party announced Thursday.

The plan calls for $1.3 billion in cuts and government reorganization to begin as soon as they come to power.

The party says in order to present a balanced budget, it will rectify the “spendthrift spiral” created by prior Liberal and Parti Quebecois governments and modernize the way the government works.

“The decrease in taxes that we propose is not only desirable, it is possible and it is needed. It is based on a credible and rigorous approach,” Legault said in a release.

The next year, the exemption will apply to all families.

They will then get rid of the school tax. All told, their measures will save those families, they say.

The main measure the CAQ is relying on is a hiring freeze among public service employees.

They also propose going after companies accused of corruption and collusion, which they say will bring $300 million to the province’s coffers.

Dube also said the party is running an “anti-campaign”, saying they refuse to spend billions of dollars on advertisements.