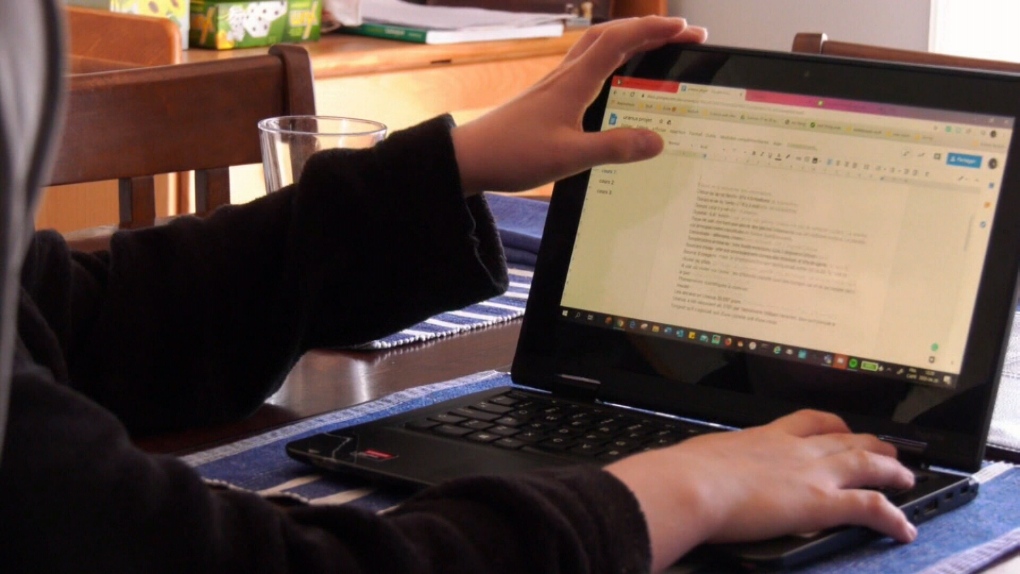 More Quebecers are home schooling their children. Noemi Burlus of the Quebec Association for Home-Based Education on what it involves.

MONTREAL -- After a sharp rise in the number of children who were homeschooled by their parents last year due to the COVID-19 pandemic, there will be fewer this year, despite the worrying numbers associated with the fourth wave.

A peak of 11,684 home-schooled children was reached for the fall 2020 school year, according to Ministry of Education figures sent to The Canadian Press.

That was a notable jump from 5,964 children the previous school year.

For the start of the 2021 school year, 7,231 youngsters have been withdrawn from school by their parents and to learn at home, about 4,500 fewer than last year.

The numbers do not refer to online courses offered by schools to students who have a medical condition for which they have been granted an exemption from attending class, the ministry said.

These are children who are taken out of school and for whom the parents become responsible for teaching, having established a home learning plan themselves. Their program is monitored by the Ministry of Education and their learning is evaluated annually.

According to president of the Association québécoise de l'éducation à domicile (AQED) Marine Dumond, there are a number of reasons why fewer children have been removed from their classrooms this year.

She points out that the COVID-19 vaccination has probably played a role.

"There are some who feel more comfortable going back to school," she said, including families who feared the contamination of an elderly parent or vulnerable family member who may have come in contact with a child attending school.

"It's a big commitment to homeschool," she added. "You have to learn about the rules and requirements of the Ministry of Education, prepare a curriculum and teaching materials, and also move the children along. Maybe there are families who have found it difficult."

The announcement in August that masks would be required in class in a large portion of Quebec schools also had an impact, she said.

This weighed on parents "in both directions," however, as there were some who feared the virus at the start of the school year and were reassured to send their children to class if masks were required for all.

While for other families, it was a negative as they felt it detracted from the educational experience.

She also found that while some parents homeschooled for the first time last year because of the pandemic, they enjoyed the experience and continued it this year, not because of fear of the virus, but simply because they felt the benefits were worth it.

-- This report by The Canadian Press was first published in French on Sept. 9, 2021.