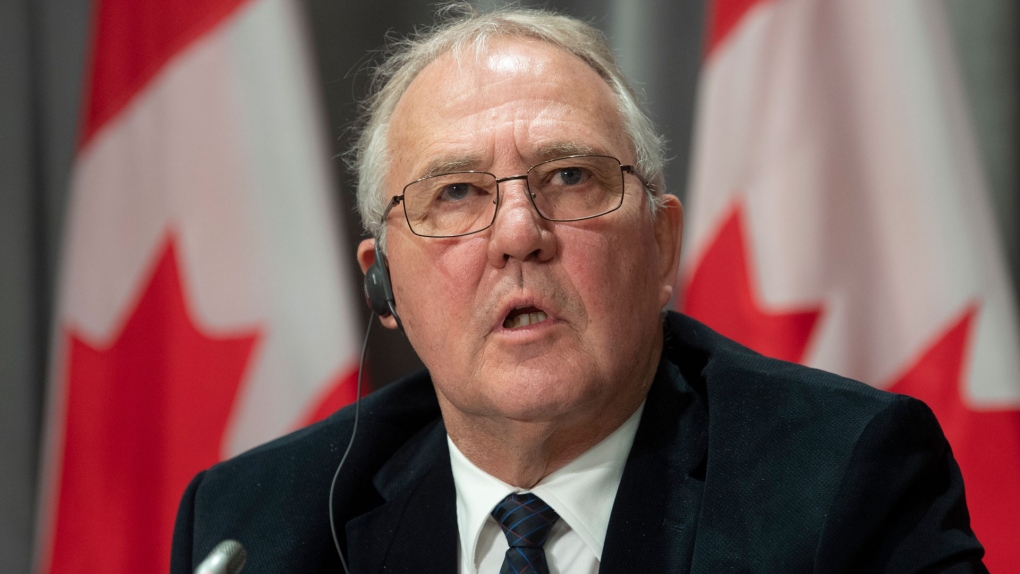 Public Safety and Emergency Preparedness Minister Bill Blair responds to a question during a news conference in Ottawa, Friday May 1, 2020. THE CANADIAN PRESS/Adrian Wyld

The federal government says it will continue helping Quebec manage COVID-19 outbreaks in the province's long-term care homes until the end of the summer, but what that help will look like remains unclear.

Quebec Premier Francois Legault had asked Ottawa to keep hundreds of soldiers deployed in the hard-hit seniors' residences until mid-September, when 10,000 newly trained orderlies are expected to begin working in the facilities.

Public Security Minister Bill Blair told the House of Commons Wednesday that federal assistance could take various forms, including the involvement of the Canadian Red Cross.

Blair said he spoke to Quebec public security minister, Genevieve Guilbault, and told her the federal government "renewed our commitment to continuing to provide assistance."

"We have made a commitment to the province of Quebec that we will continue to provide this support until mid-September, exactly as they have requested," Blair said.

"But we are also working to ensuring that we have a sustainable, effective solution to the request that Quebec has made," he added. "So we are working with the Province of Quebec, the Canadian Armed Forces and the Canadian Red Cross to ensure that the help that is needed is there."

How many soldiers will remain until September is unclear. Earlier this week, Blair had suggested that soldiers and Red Cross employees could share work, but didn't give details.

Nearly 90 per cent of the province's 5,081 deaths attributed to COVID-19 have occurred in the nursing homes and seniors' residences -- with troops working in some of the worst-hit ones since April.

Quebec reported an additional 52 deaths linked to COVID-19 Wednesday, but continued to see the number of new cases drop, with 156 in the past 24 hours for a total of 53,341. Of the deaths reported, 27 occurred prior to June 2.

Hospitalizations continued to drop, down by 47 to 914, while the number of patients in intensive care held steady at 117. Quebec reported that 19,841 people have recovered from the virus.

Nearly half the number of confirmed cases in Quebec and more than 60 per cent of the fatalities attributed to the novel coronavirus have been reported in the Montreal area. Most of those deaths have occurred at long-term care homes and other residences for seniors.

Prime Minister Justin Trudeau has said that troops in nursing homes were a stop-gap measure and not intended to be long-term solution.

As of Tuesday, 933 Canadian Forces personnel were deployed to 14 long-term care homes in the greater Montreal-area, while their mission has been completed at 14 other facilities in the region.

As discussions between Quebec and Ottawa continue, Treasury Board President Jean-Yves Duclos assured Quebec long-term care homes wouldn't be left in the lurch.

"The Canadian Armed Forces will be present as long as their presence is needed in Quebec," Duclos said.

This report by The Canadian Press was first published June 10, 2020.